Popular ‘Suno Chanda’ actress Iqra Aziz, who became Kabir Hussain’s mother at an early age, is eager to meet her sister after the birth of her son.

While Yasir Hussain’s post continues to be congratulated by showbiz stars and social media users on the birth of his son, Iqra Aziz’s sister is eager to meet her nephew. 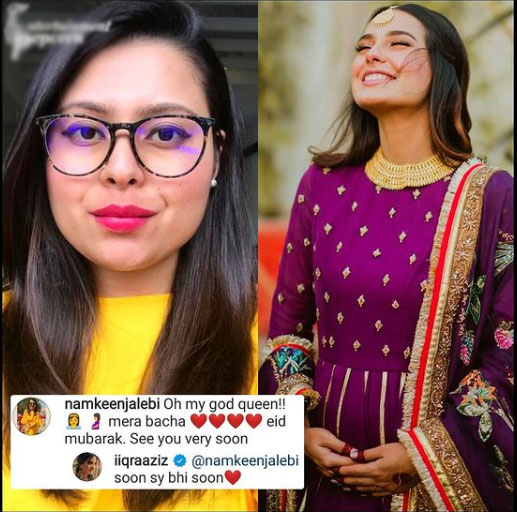 Iqra Aziz’s sister, Sidra Aziz, addressed the actress in the comments section and called her a ‘Queen’.

“See you very soon,” she said, wishing her sister on the occasion of Eid-ul-Adha.

Seeing her sister’s love, even Iqra Aziz could not control her emotions. The actress replied saying “soon sy bhi soon.”

It should be noted that the popular showbiz couple Iqra Aziz and Yasir Hussain announced the birth of their first baby boy, Kabir Hussain, who entered the world on Friday.

The television host shared a beautiful photo of his newborn son’s petite hands on the photo and video sharing platform, Instagram.

It may be recalled that Iqra Aziz and Yasir Hussain got engaged in a solemn ceremony in the year 2019.

Virender Sehwag: ‘Shoaib Akhtar is the toughest bowler in the cricketing world’

Over the ages, legends have spread about wicked beings known as jinns...

The Sindh High Court (SHC) came down hard on the Sindh Building...