Meera, the quintessential Lollywood diva, is always at the heart of the controversy. As she continues to Shatter stereotypes. she is one of the most sought-after actors Despite being in her 40s. 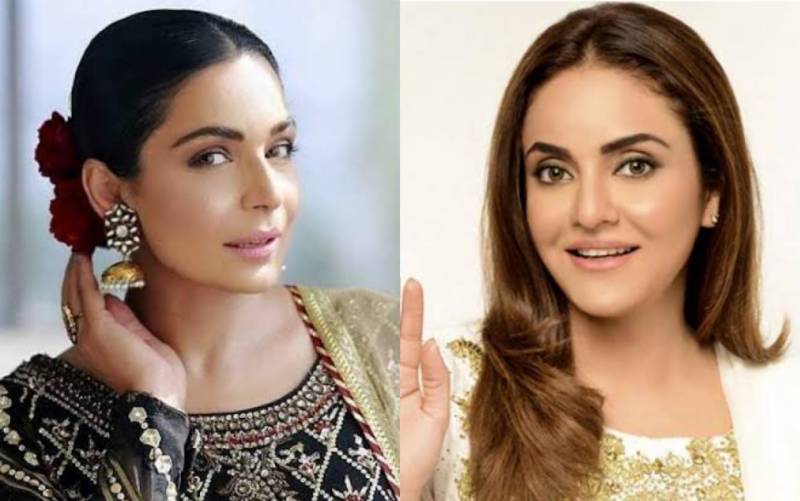 The 43-year-old is back in the news after being threatened for illegal activities and a leaked video scandal. Nadia Khan makes a shocking revelation about Meera.

In the viral video, Nadia Khan exposes Meera, hilariously explains how the Baaji star once wanted her to create a fake scandal with Ali Zafar.

“I was hosting a show when suddenly Meera came to me and asked that who’s the hottest guy over here? I was shocked. Ali Zafar was performing on the stage at that moment, Meera asked me to make her scandal with Ali Zafar”, she revealed.

Further, she hilariously added, “I tried to ignore her but she kept on saying the same thing. She even asked me that when she’ll go on the stage just make any kind of fake rumor and expose them in front of the audience.”

Meera’s diva persona has always been a source of humor for the general public, giving her the title of “butt of jokes” among the meme Community.

The 44-year-old has earlier announced her intention to enter politics and join the ruling Pakistan Tehreek-e-Insaf (PTI).

Lollywood's most popular actress Meera has announced to enter politics. "I am...

Experts say Prince Harry and Meghan Markle are meeting with the Queen...

Daughter meets her mother after 14 years of kidnapping

At the US-Mexico border, a lost girl from Florida meets her mother...