Leading Pakistani actor Feroze Khan, who played the lead role of Fahad in a popular drama series ‘Khuda Aur Mohabbat 3’, went viral on social media after a long hiatus when pictures of him with his wife, Alizey Fatima, made rounds on the internet.

A few pictures of Feroze Khan and his wife Syeda Alizey have been going viral on various social media platforms since yesterday.

The pictures that went viral on social media look like they are from a wedding ceremony in which Alizey can be seen dressed in a yellow attire while Feroze Khan is dressed in a white kurta pyjama. 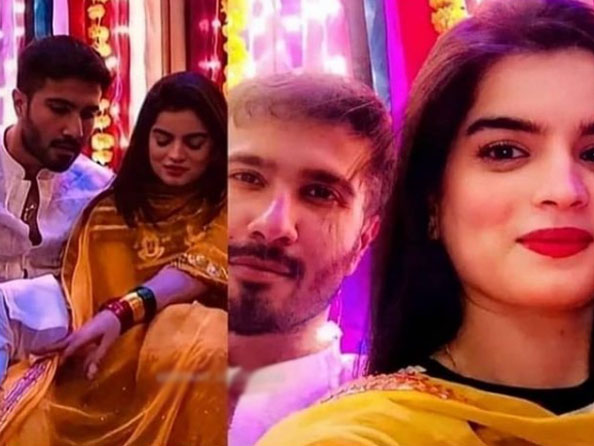 The couple looks very happy in these pictures. Their fans are expressing good wishes after looking at the picture of this couple together after a long time.

It should be noted that there were rumors circulating on social media last year regarding Feroze Khan’s separation.

News circulating on social media reportedly said that Feroze Khan and Alizey had decided to separate after mutual consent, but the actor later denied these rumors.

It may be recalled that actor Feroze Khan and Alizey Fatima got married 3 years ago and the couple has a son named Muhammad Sultan Khan.

Feroze Khan has acted in the popular Pakistani film ‘Zindagi Kitni Haseen Hay’ while also showing the essence of his acting in popular dramas like ‘Khuda Aur Mohabbat 3’, ‘Khaani’ and ‘Romeo Weds Heer’.