Sajal Aly recently shared her new photo on Instagram, in which the actress is wearing glasses and a blue denim jacket.

In the photo shared, Sajal has the usual innocence on her face and she looks very beautiful donned in a simple attire with a natural look.

The Lollywood actress wrote lyrics in the caption of her post which read, “Wo jo adhuri si baat baaki hai”

While her fans and renowned Pakistani artists built bridges of appreciation on this picture of the actress, Sonam Bajwa, a well-known actress and model from across the border, in India, did not lag behind. 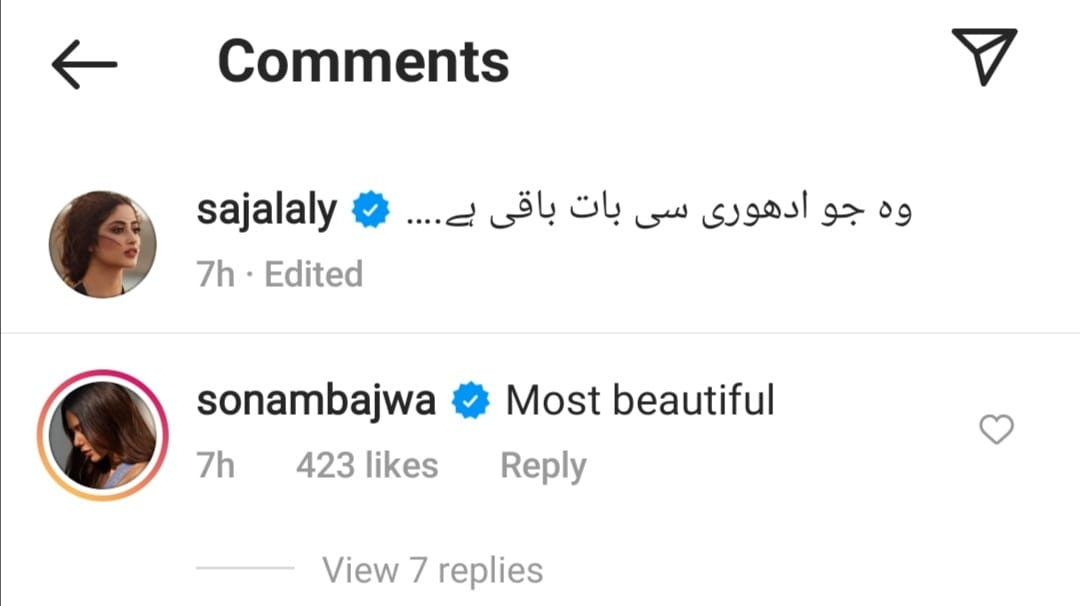 This loving comment of the Indian actress is being liked by Pakistani people including Sajal herself.

Mansha Pasha and Noor Zafar also commented saying ‘cutie’ on the picture of the actress. 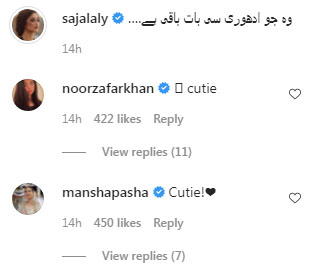 It should be noted that this picture of Sajal’s has already received more than 310,000 likes in just a couple of hours, while the comments section has flooded with praises for the popular Pakistani actress.

KARACHI: The Oil and Gas Development Company Limited (OGDCL), being the operator...

ABU DHABI: Etisalat Group has continued growth in across-the-board operations for the...