Salman and I should do an action movie together, Sylvester Stallone

Salman and I should do an action movie together, Sylvester Stallone

The Bollywood actor posted a memorable photo of Sylvester Stallone on Instagram, and wished the Hollywood star a happy birthday. As soon as the picture was shared by Salman Khan, it was liked by millions of followers.

Earlier in a tweet, Salman Khan called out to his followers and asked them to follow Sylvester Stallone, saying that there is no better director and writer than him. 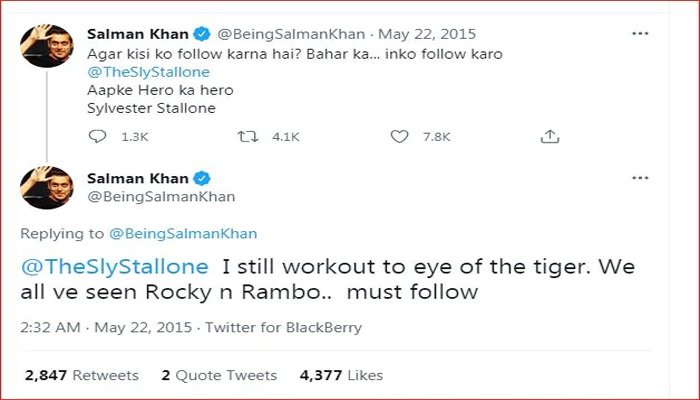 The Hollywood actor thanked Salman Khan for wishing him on his birthday and offered to act with him in an action film.

Would like to thank the super talented Indian superstar SALMAN KHAN the Compliment he Tweeted! We should do an ACTION FILM together!

It is to be noted that Salman Khan will be seen in an action film with Jacqueline Fernandez in Kick 2 and Katrina Kaif in Tiger 3 in the near future.