Asma Nabeel was recently part of Generation & Ali Xeeshan’s Breast Cancer Campaign 2021. Through this campaign, the brand had launched a dupatta to raise awareness about breast cancer and 100% of the proceeds were given to Shaukat Khanum Memorial Cancer Hospital.

According to media reports, Asma Nabeel was diagnosed with breast cancer 7 years ago and passed away due to the chronic illness. 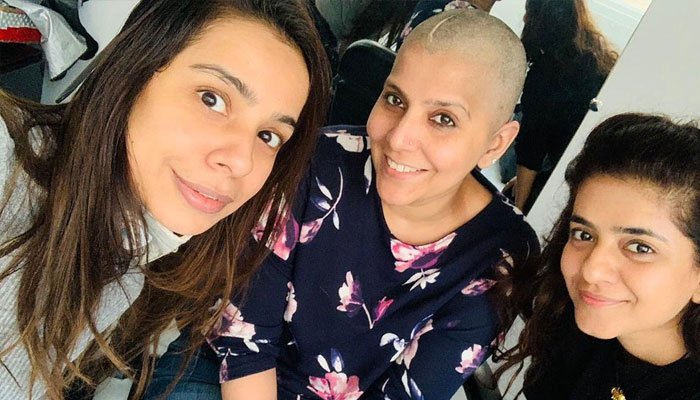 Showbiz celebrities are also expressing deep grief over the author’s demise by sharing pictures of her on their social media handles and praying for her.

Asma Nabeel a cancer warrior a brave heart and a kind soul will be missed for her work that she yet had to create. She wrote KHAANi and many more. RIP dear soul.

#AsmaNabeel, you #warrior! Gone too soon…we were to witness your exceptionally written dramas many times over. May Allah grant you Jannah ul Firdous. Ameen 🙏🏽 pic.twitter.com/BwbrnJt90z

– Asma Nabeel loses her battle against cancer but certainly won a better place up there.
May her soul rest in peace.
Inna lillahe wa inna ilyahe rajeoun.

Inna lillahe waina elahe rajaoon, its really heartbreaking to know that she is no more with us 💔… asma nabeel you left the world too soon ..brave woman , May Allah rest your soul in heaven . Aameen pic.twitter.com/Z7LfY5Feu0

The screenwriter and poet had also written a song for the Indian Hindi-language drama film ‘Helicopter Eela’ after the huge success of the Pakistani drama ‘Khaani’.

MG motors or M.G Car Company was established by Cecil Kimber in...