An old throwback photo of the legendary Indian actor Shah Rukh Khan which no one has been before has surfaced on all social media platforms.

The photo, shared on micro-blogging website Twitter, is said to be from Shah Rukh Khan’s school days. 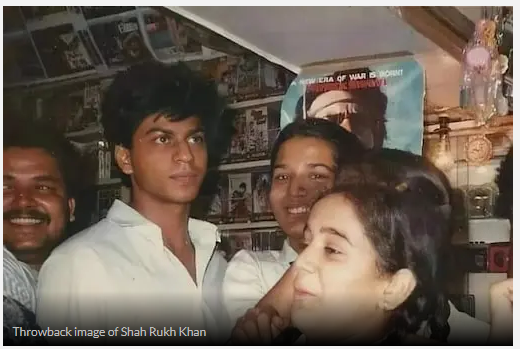 It has been 29 years since Bollywood king Shah Rukh Khan stepped into the industry, where he has won the hearts of fans with his romance, comedy and action.

Sharing a picture of Shah Rukh Khan’s school days as the king of romance, a user wrote that this introverted young man is thinking of conquering Mumbai.

Actress Richa Chadda commented on this photo saying that Shah Rukh Khan is her first love, to which a user replied saying that her first love was cricketer Rahul Dravid. Replying to the user, Richa wrote, “Whatever happens, both are my loves.”