Which Bollywood actor does Sarwat Gilani wish to work with?

Drake gushes over Adele's 'Easy On You' MV: 'For my closest buddy,' he says.

Which Bollywood actor does Sarwat Gilani wish to work with?

Pakistani actress Sarwat Gilani disclosed her biggest wish to her fans, which is to work with the Bollywood star Aamir Khan.
The actress held a question and answer session for her fans on Instagram in which a large number of her fans participated. 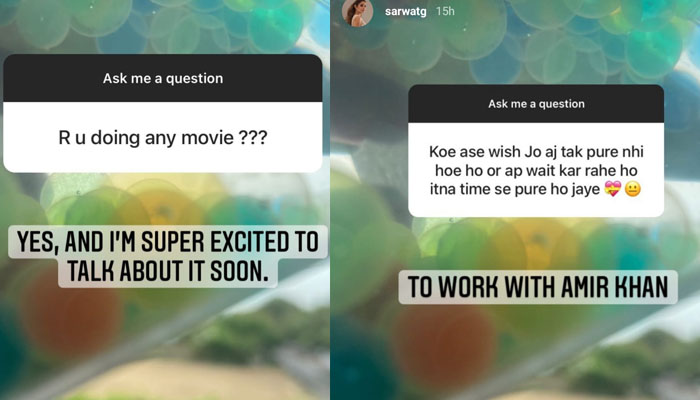 A fan asked Sarwat if she has any wish which has not been fulfilled yet and for which she has waited for a long time.
In response to this question, the actress said that she wants to work with Bollywood star Aamir Khan.
In response to another question asked, she said with reference to her upcoming film that she is currently working on a movie which she is very excited to announce and talk about.

Sonya Hussayn is a talented and promising actress in the Pakistan showbiz...

Zarnish Khan is a versatile actress in the Pakistani entertainment industry. She...

A veteran director and producer Wajahat Rauf is all set to release...