Mumbai Police Crime Branch has claimed to have recovered 68 Inappropriate films from the laptop of Raj Kundra, husband of Bollywood actress Shilpa Shetty.

According to Indian media reports, the case of Raj Kundra has heard in the Mumbai High Court during which the crime branch informed the court that 68 inappropriate films have been recovered from Raj Kundra’s laptop while his cloud account has also been deleted.

On Instagram, Shilpa shares a cryptic story that read, “The place we need to be is right here, right now. Not looking anxiously at what has been or what might be but fully aware of what is.” 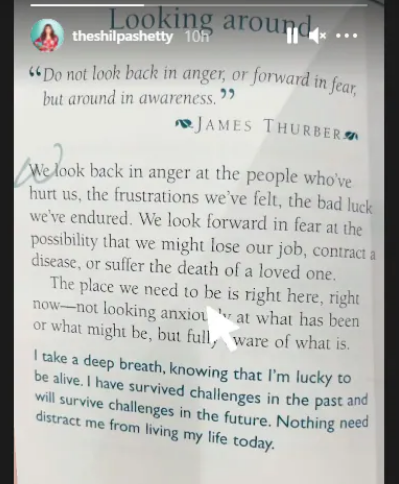 It may be recalled that Raj Kundra, was recently arrested on charges of making inappropriate films and then spreading them on mobile apps.

The Mumbai court has rejected the bail plea of Raj Kundra in an Inappropriate film case.

Indian actor Shilpa Shetty break the silence and released her first statement on the...