Bollywood actor and heartthrob Arjun Kapoor posted a story to his Instagram account, expressing his anger towards the media and then deleted it but later. Netizens were quick to notice this and soon after his Instagram story went viral.

The actor had expressed anger over the comparison of him and his girlfriend actress Malaika Arora’s wealth.

Arjun Kapoor wrote in the story that it is very sad and shame to read this kind of headline in 2021. There is no doubt that Malaika earns very well. She tried to make a place in this industry by working for a long time.

“Not be compared to anyone let alone me.” 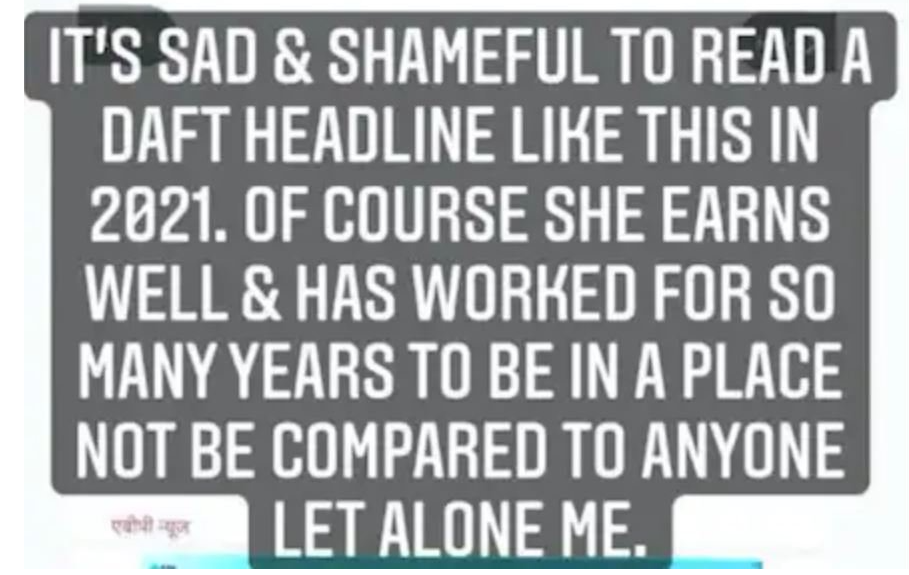 The reason why Arjun Kapoor deleted this post has not come to light.

Even before this, Arjun has praised Malaika many times for her effort and hard work in the industry.

It may be recalled that Arbaaz Khan’s ex-wife Malaika Arora and Arjun Kapoor had made their relationship official in 2019 and announced that they both liked each other.

Bollywood star Arjun Kapoor has bought a luxurious sky-villa in one of...

Telefilm 'Aik Hai Nigar' is winning the hearts of netizens

Pakistani actress Yashma Gill threw herself an epic birthday bash over the...

Ayeza Khan has expressed her displeasure with Ali Amzat's recent remarks on...