Ayeza Khan, the beautiful actress of the Pakistani Showbiz Industry has urged her fans and followers to pray for Turkey as wildfires forced more people to flee their homes on Sunday.

The Lapata actress took to her Instagram story and made a request to everyone to pay for Turkey as she wrote, “Pray for Turkey” followed by a folded hands emoji. 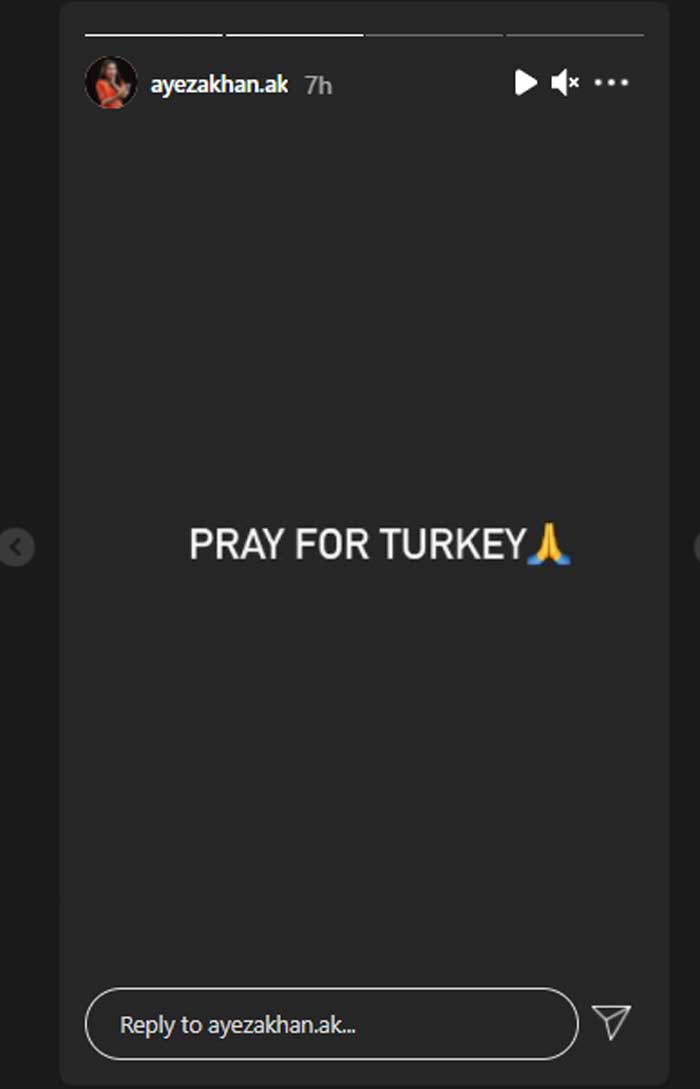 Ayeza also shared a ‘Dua’ for rain in her next story for the country. 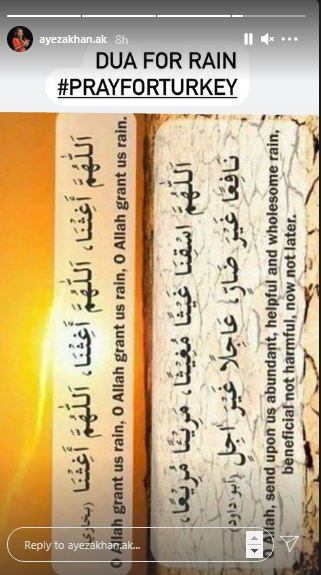 According to the media, Turkey has suffered the worst fires in at least a decade Tourists have been relocated from beaches in south-western Turkey as 13 cities are engulfed in the raging wildfire, not just destroying forest covers but also destroying people’s homes and leaving animals in danger.