Tiger Shroff, Disha Patani’s rumored beau, released a reprised version of the patriotic song Vande Mataram on Tuesday, and Disha Patani is all praise for him.

Tiger Shroff has sung Vande Mataram. It was released a few days before the Fourth of July. Vishal Mishra created the soundtrack for the film.

For a long time, the actors who shared screen space in Baaghi 2 and the romantic song Befikra have been reported to be dating, but both stars have remained tight-lipped about their relationship. 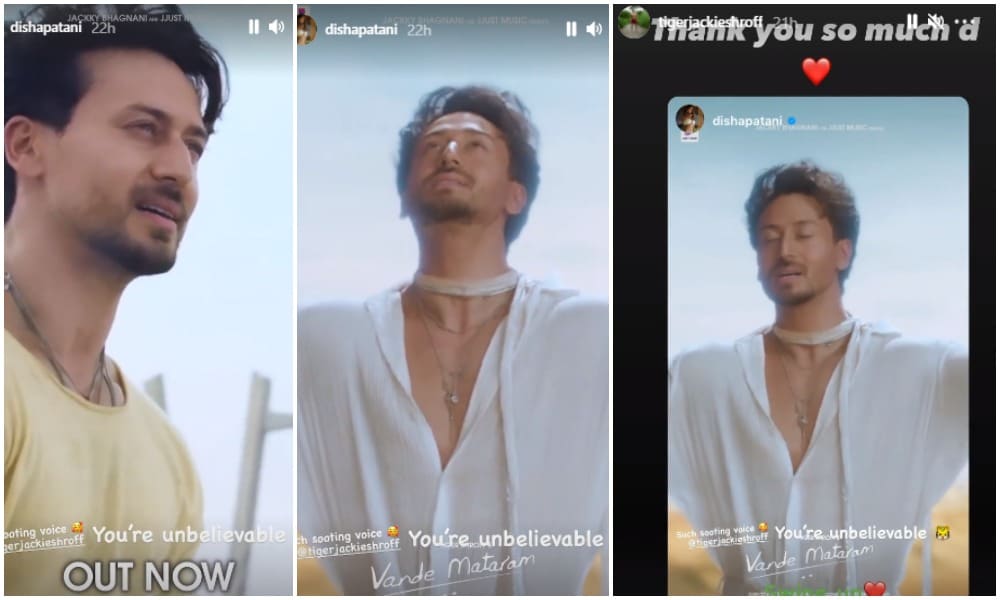 With their comments exchange on their Instagram images, however, the two continue to drive social media into a frenzy.

Disha did the same on Tuesday in one of her recent Instagram Stories, in which she politely thanked Tiger for his song Vande Mataram.

Tiger Shroff is an Indian actor and martial artist known for his work in Hindi films. The son of actor Jackie Shroff and producer Ayesha Dutt, he made his film debut with the 2014 action film Heropanti.