Leading Turkish actor, Engin Altan Duzyatan and his wife celebrated the third birthday of their daughter Alara, who plays the eponymous character in the historical drama series Dirilis: Ertugrul.

He shared a cute picture of himself and his daughter with the caption “Birthday girl….Alara,” followed by a birthday cake emoji. 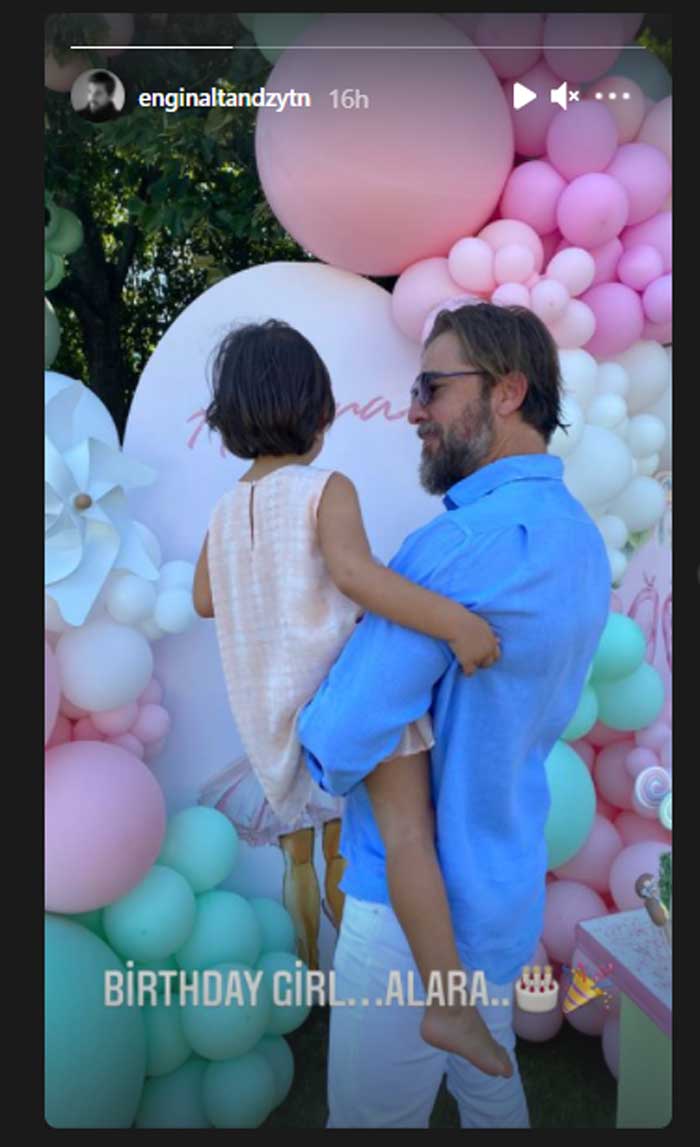 In another post, Neslisah shared a heartfelt note for Alara.

She wrote in Turkish which reads: “If you ask a woman what is one of the best gifts, I would say “having a daughter”!”

“My beautiful daughter, let life be generous to you with its gifts, just as you gave me a gift… Happy birthday my flower”