American model Gigi Hadid has expressed her concerns over women’s rights in Afghanistan after the Taliban takeover. She also hopes for a better future for children of war-torn countries like Afghanistan, Palestine, Iraq and Syria.

Taking to Instagram, Gigi Hadid, who welcomed her first baby Khai in September 2020, shared a post that reads: “I hope I live long enough to see the children of Palestine, Afghanistan, Iraq and Syria wake up to the sounds of birds not bombs.” 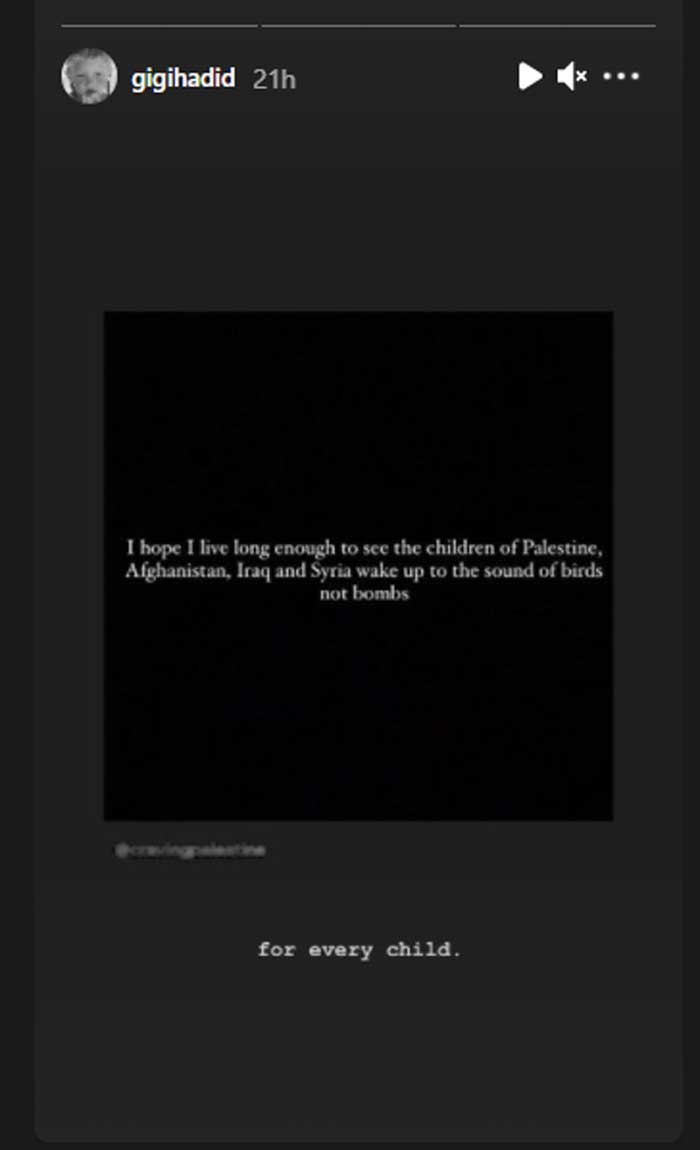 Commenting on the post, the 26-year-old supermodel said, “For every child.”

Earlier, Gigi Hadid expressed her concerns over the situation in Afghanistan as thousands of people mobbed the Kabul airport trying to flee the country after the Taliban took control of the country.

Previously, the American model had deleted a video of her daughter Khai’s face immediately after it was inadvertently shared to her social media account on Instagram.

She is a concerned mom who is sensitive about her daughter. She still hides the face of her daughter Khai, who was born in September last year.

The supermodel had posted a video to her Instagram story, showing a glimpse of her daughter‘s face. Upon realizing this, the mother immediately deleted the video.

The video went viral on the internet even before its deletion, after which the supermodel’s fans have appealed not to spread the post shared by mistake.