In Pictures: Little Jeh spotted as paparazzi captures him with Kareena and Saif

In Pictures: Little Jeh spotted as paparazzi captures him with Kareena and Saif

As fans were curious to have a glimpse of Kareena Kapoor and Saif Ali Khan’s second-born Jeh, the paparazzi helped them find out how adorable little Jeh is.

Multiple pictures went viral online as Kareena, Saif and their little baby boy were spotted outside the house of Randhir Kapoor in Mumbai. The paparazzi also captured Jeh’s face and surprisingly he resembles his elder brother Taimur.

Saif can be seen carrying his little one, Jeh, in his arms in the photos.

Since his birth, the parents kept the baby’s face away from the spotlight. But on Friday, baby Jeh was captured and left fans gushing over him. 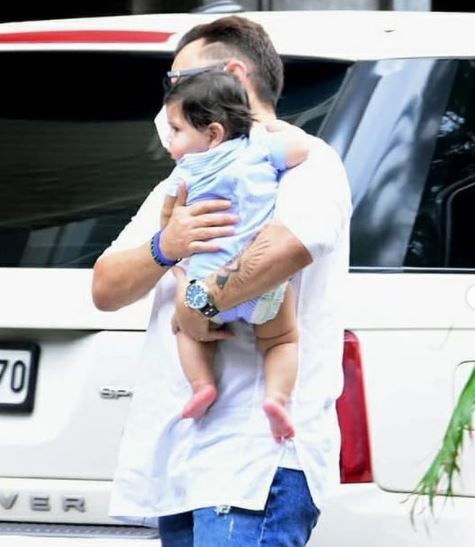 Saif Ali Khan was dressed in a white kurta and blue denim, while his baby looked cute in a blue outfit. 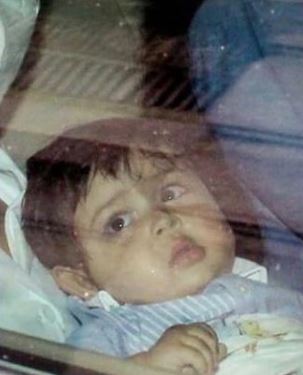 Taking to Instagram, the iconic actress shared a video clip in which she is seen wearing oven mitts and taking out a book placed on a baking tray from the oven in the kitchen. Kareena Kapoor is heard saying, “So what’s been baking? This is what’s been baking.”

The mother of two also detailed her entire pregnancy journey and how she managed to write her book.

Kareena Kapoor and Saif Ali Khan’s first child – son Taimur – was born in December 2016, he is four now. Earlier this year, the couple had welcomed their second child – a baby son.

Kareena Kapoor shared a photo of her newborn baby Jeh on Instagram...