Famed supermodel Kendall Jenner recently revealed her fit body showing off her abs wearing a crop top paired with a lime green skirt as she was spotted alongside beau Devin Booker and friends in Italy.

Kendall Jenner was seen out for lunch by boat with her NBA player boyfriend Devin Booker and friends.

The model undoubtedly gave some chic vibes with a pair of sunglasses and tucking her locks beneath a headscarf.

She was helped off the small white boat by waiting for staff and was quick to take her seat at a table overlooking the beautiful sea. 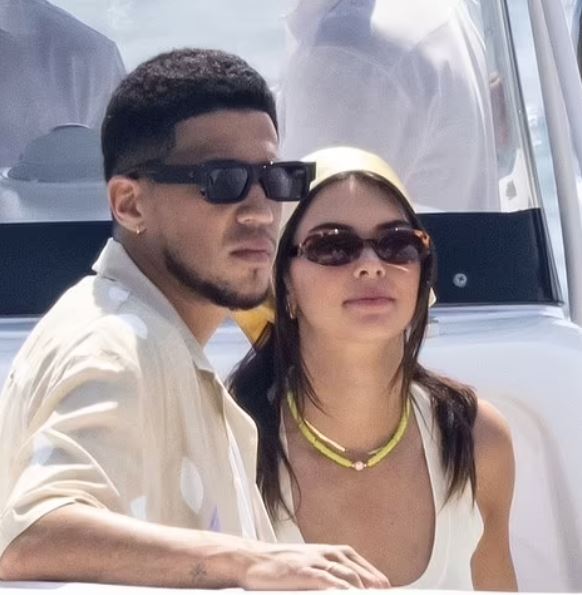 The model also teamed her outfit with a gorgeous pair of open-toe heels. Also, she opted to carry a beautifully embroidered handbag. 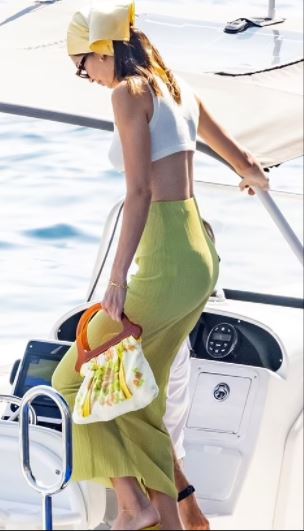 Kendall’s notably private about her relationships, but is reportedly ‘crazy’ about her boyfriend.

“She has never looked happier. Her whole family loves Devin too,” a source told. “Devin is such a cool guy. He is very low-key and doesn’t want to be a celebrity. He is very sweet to Kendall.”

The 25-year-old model shared a snap of the basketball game. She added a gold medal emoji to her Instagram Story.

“I’m not emotional, you are,” she wrote via her Story, alongside a video from inside the arena.

Kendall Jenner got 'emotional' as she watches her fiancé Devin Booker play...