Ex-couple Malaika Arora and Arbaaz Khan reunited for a lunch with her family on Sunday. They were joined by their son Arhaan and Malaika’s mother Joyce Arora. 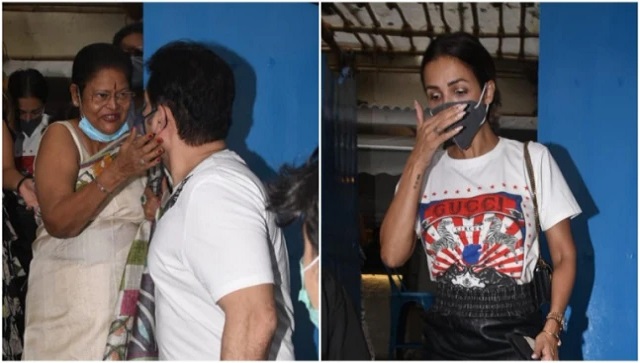 The actor, who was married to Malaika, had joined her family and their son Arhaan for lunch at a restaurant in Mumbai. Malaika Arora’s mother Joyce Arora was photographed kissing Arbaaz Khan before they parted ways on Sunday post their lunch reunion.

As per a video shared by a paparazzi account, Arbaaz was on his way out when Joyce called for him. She kissed him on the cheek and said her goodbyes, Arbaaz rushed to her side. Amrita Arora, Joyce’s younger daughter, accompanied her.

The couple parted their ways in 2017. After his divorce from Malaika, the actor talked about being trolled.

An inexpensive food client got a shock after noticing the rotten finger...