Following her appearance with Brad Pitt on the set of her Babylon film on Tuesday, Margot Robbie enjoyed a dinner date with her husband Tom Ackerley and friend Rami Malek.

The 31-year-old actress and her husband Tom Ackerley looked stunning as they dined late with Rami Malek of Bohemian Rhapsody.

She was previously seen on the set of her Babylon film, dressed as Clara Bow. Tobey Maguire and Brad Pitt were also on set.

During her dinner date with her five-year-husband, the lovely actress wore a black coat over a cropped top and high-waisted denim trousers. Her 31-year-old spouse wore a black top and pants with black sneakers and looked as stunning. 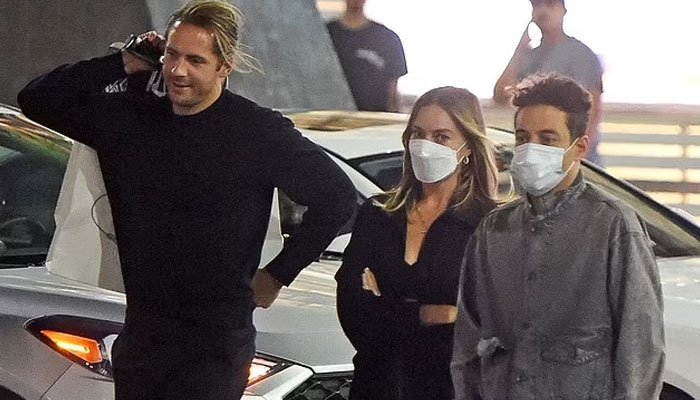 Margot’s blonde hair had been worn down when she removed the red wig she had donned to play Bow earlier. She was also wearing a white face mask. Rami, on the other hand, was dressed in a grey blazer with black shorts and socks. He wore a mask and wore multicoloured sneakers.

Margot and Rami are starring alongside Christian Bale and Taylor Swift in David O. Russell’s upcoming picture, which has yet to be given a title. Babylon, the picture she is now working on, has a massive cast. Brad Pitt, Olivia Wilde, Spike Jonze, Phoebe Tonkin, and Tobey Maguire co-star alongside Margot Robbie.

Brooklyn Beckham and Nicola Peltz have a romantic lunch date in Los Angeles.