Sanam Chaudhry started her journey in 2013 and showed the essence of acting in several dramas. However, she got fame from the drama serial ‘Ghar Titli Ka Par’.

She has been away from the drama industry since 2019 and has now removed the photos from her official account.

Sanam Chaudhry has changed the bio of her Instagram account and removed the word ‘actress’ and wrote ‘I am learning Islam’.

Sanam Chaudhry posted a video on Thursday in which bouquets and cakes are placed on the table with the caption, “My family welcomed me this way, on turning to Allah … this is so heartwarming ♥️… Thankyou”

In another post, she shared a Quranic verse related to veil and gave a caption, “I got my answer from learning Quran … And i turn to Him with all my heart Allah tera shuker ♥️”

Sanam Chaudhry has not officially announced her goodbye from Showbiz, but her recent activities on Instagram have led to speculation that she has left the industry.

Netizens are appreciating the actress over her decision and sending her best wishes in a comment section. 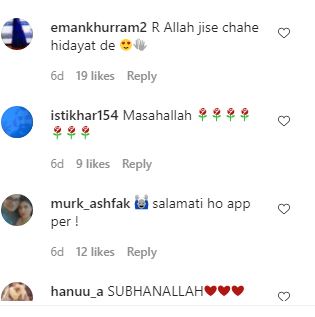 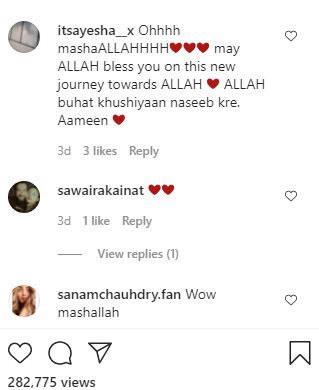