Bollywood dancer and actor, Nora Fatehi keeps her fans updated from her stunning eastern and western looks. This time Nora gives eastern vibes to her fans.

Took to Instagram, the Dilbar girl shared adorable pictures of herself in traditional attire from her photoshoot. 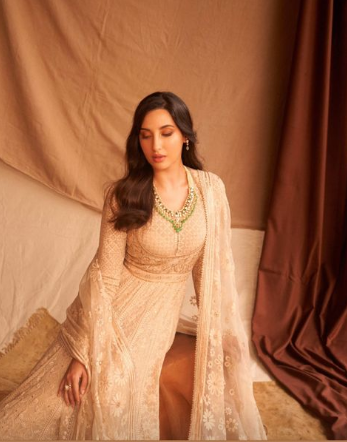 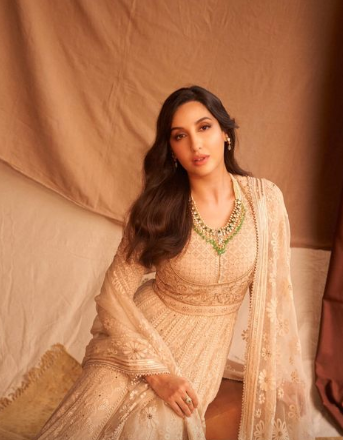 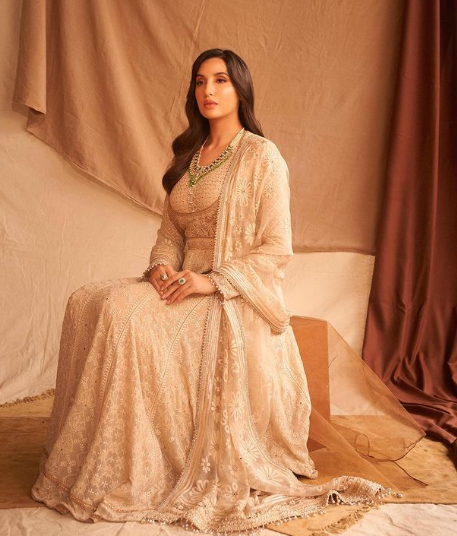 “We shot this outside…Almost died from the heat posing” she captions the post.

In the pictures, Nora can be seen donning an emerald embroidered attire with a traditional necklace and beautiful studs.

Nora Fatehi is a Canadian dancer, model, actress, singer, and producer who is known for her work in the Indian film industry.

Nora has appeared in Hindi, Telugu, Malayalam, and Tamil language films. She made her film debut in the Bollywood film Roar: Tigers of the Sundarbans.