Singh, who is currently in the United States with his six-year-old daughter, claims that while Bollywood has shied away from him, the south film industry has welcomed him with open arms. 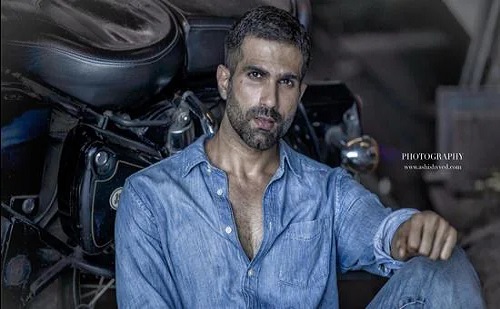 Rajveer Ankur Singh is best known for his role in the Haryanvi film, G Kutta Se

The model-turned-actor, for many who are rank outsiders in the film industry, it continues to be a struggle to break into Bollywood and that stands true for Rajveer Ankur Singh, who made his acting debut with Haryanvi movie, G Kutta Se (2017), had no good work offers after that despite receiving rave reviews for his first film.

“Bollywood has become such a close-knit culture. At this point, for an outsider to get inside and get the work they deserve, is so difficult. After G Kutta Se, everyone praised me, but I had to wait,” says Singh, adding, “If I was from a film family, I’d have got 100 offers. But because I’m an outsider, I didn’t get any work. I’ve faced that first hand.”

“Here, your destiny isn’t in your hands. Even after proving myself, I’ve to wait for good work. Being an actor is an emotionally tiring job, there are so many ups and downs. The possibility of success is slim,” adds Singh, who was recently seen in the short film, Ek Dua with Esha Deol.

Noting how difficult it is to enter into the Hindi film industry, the actor adds that getting into IIM or ITT is easier than breaking into Bollywood.

“I was offered roles but they weren’t good enough. I just didn’t want to make money by doing random roles. So, I continued modeling and do ads, while waiting for the right opportunity. I also did some big South projects — Telugu films Amar Akbar Anthony, Sarileru Neekevvaru with Mahesh Babu, Rang and Seetimaarr with Tottempudi Gopichand. I also took up farming and that has kept me busy for the last few years,” he shares.

Sukriti and Prakriti Kakar, singers, admit that the past two years have...

Food inflation likely at 8.27% in September

KARACHI: The headline inflation for September 2021 is likely to increase 8.27...

Akshay Kumar clarified that the photograph was solely from behind-the-scenes and that...