Sukriti and Prakriti Kakar, singers, admit that the past two years have been difficult for them, as they struggled to find motivation and inspiration in the face of such difficulties. 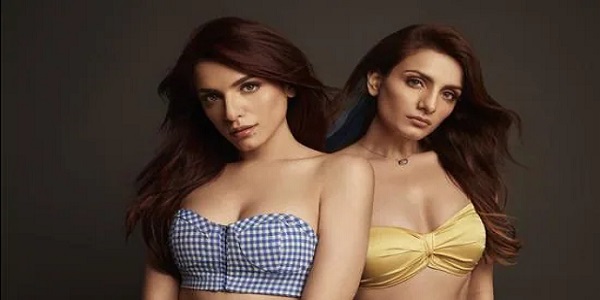 While both the sisters have worked extensively in film music, Prakriti, who has crooned hits such as Subah Subah from Sonu Ke Titu Ki Sweety (2018) and Hawa Hawa from Mubarakan (2017), adds, “There has been such a big rise in non-film and independent music. The pandemic didn’t affect us or stop us from creating our own music. Decline in Bollywood music helped us. Not only that, it helped the music industry grow. The line between film and indie music is disappearing.”

During the pandemic, the entertainment industry suffered a significant setback, as did the music industry. Looking for the good news in these difficult times, singing twins Sukriti and Prakriti Kakar said that their own music received a big boost during this period.

“Prakriti and I have mostly done playback singing and lent our voices to several female actors ever since we made our debut in 2015. We made a career out of it, but when the pandemic hit, we saw a big decline in movie songs,” Sukriti, 26, continues, “But it was a good thing for us in a way. That made us, and many others work on our own music, which is non-film music.”

“The entire period has come with its own baggage and problems. We were the first industry to stop work and the last ones to really begin. While I saw all my friends from other fields continue working from home, for us it was challenging to get used to the concept of work from home,” states Sukriti, who made her debut as a playback singer with the title track of Boss in 2013, followed by Pehli Baar from Dil Dhadakne Do (2015), Kar Gayi Chull from Kapoor & Sons (2016).

“The last two years, the lockdown and the entire pandemic have been very insightful for us. We didn’t get to do live shows, which normally keep us busy, but that gave us a chance to work on our music and we have so many songs ready,” they conclude.

“Those are the two important factors when you’re playing a gig. And also when you’re trying to make a song online, it’s not as productive as it is in a studio,” she adds.

However, the previous two years have not been without difficulties for the team, as they both admit it has been difficult to find motivation and inspiration.

Prakriti confesses that while they tried to perform digital shows, it wasn’t the same without a live band and audience.

However, the two are now ready to share new music that they worked on during the pandemic, and it will all be available soon.