Gino, the dog of Priyanka Chopra and Nick Jonas, turned two on Monday. Nick received the puppy as a gift from the actor on their first wedding anniversary.

Although Priyanka Chopra and her husband, musician Nick Jonas, are in the United States, she made sure that the couple’s dog Gino was treated to a special birthday party in London.

Gino was presented with a bone-shaped cake in one of the photos. It was surrounded by a few bone and heart-shaped sweets. Along with the snacks, a pink color bone with a bow was added. 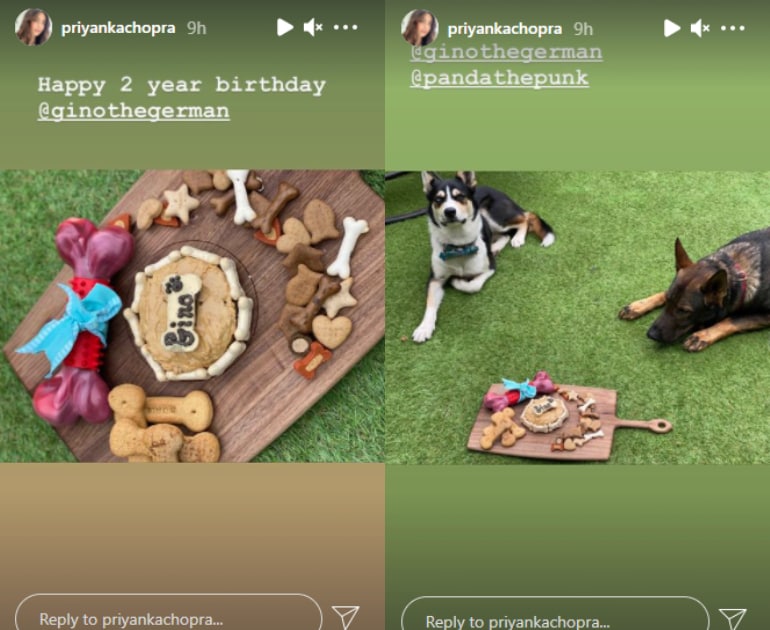 In another, Gino and Panda lay beside the treats. She also shared a video of Gino.

Sharing the glimpses, Priyanka said, “Miss u my baby. Happy 2 year birthday.” A picture of the dogs with their treats was also shared on Gino’s Instagram account with the caption, “My birthday party! Miss u @nickjonas @priyankachopra @diariesofdiana.” Nick took to the comments section and wrote, “Happy birthday G!!!” Priyanka’s third dog, Diana was missing from the frame.