What Aiza Awan believes about her life partner and marriage

What Aiza Awan believes about her life partner and marriage

Aiza Awan is a new Pakistani actress who is gaining popularity due to her adorable appearance and outstanding playing abilities. Deewangi, Faryad, Zard Zamano ka Sawaira, and Mujey Baita Chahye are just a few of the dramas in which she has appeared.

Her attractive appearance and outstanding acting abilities have opened the road for the young actress, who is now frequently seen on television.

She also did the drama serial Faryad as one of the main leads with Zahid Ahmed, Nawal Saeed, and Adeel Chaudhry.

Aiza Awan was recently featured on Ahsan Khan’s show Time Out With Ahsan Khan to discuss the attributes she looks for in a life partner.

Ahsan Khan posed the query to Junaid Khan, asking what attributes Aiza might look for in a life companion before marrying. 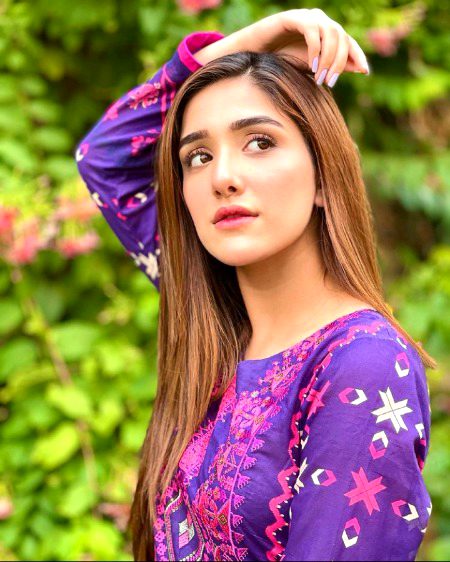 To this question, Junaid replied, “there are always two answers to that question, official one and the real, I will give its official answer which is usually uttered by girls that he should be good at heart, an honest soul & caring person”. Then Junaid told the real answer on Ahsan’s choice that he must have to have a Prado”

Aiza initially disagreed and shocked Junaid as per the segment’s rules, but when she responded, she repeated the same thing and added that he should have a decent heart and that money is vital as well.