Parizaad drama serial is one of the most amazing ventures. The story centers on a tan-colored boy from the middle class. He is always mocked and humiliated by his peers because of his appearance, yet despite his unattractive appearance, he asserted himself as an intelligent and a nice individual.

Ahmed Ali Akbar plays Parizaad, a character who has received a lot of appreciation from his followers and a few industry actors, and whose performance in Parizaad has been praised by the public. Fans adore his postures, demeanor, and the way he lowers his gaze when speaking.

He has a plain and ordinary-looking personality, contrary to his name, which was his biggest complex. Fans claim that the way he acts reflects what he is going through on the inside.

His performance demonstrates that he is a person with low self-confidence who is also brilliant and talented. Another fan stated that the guy (Ahmed Ali Akbar) has “turned the side of drama” by providing a “great story” and “excellent performance” for the first time in a long time.

A fan said that Parizaad is the most iconic character he has ever seen in his life. 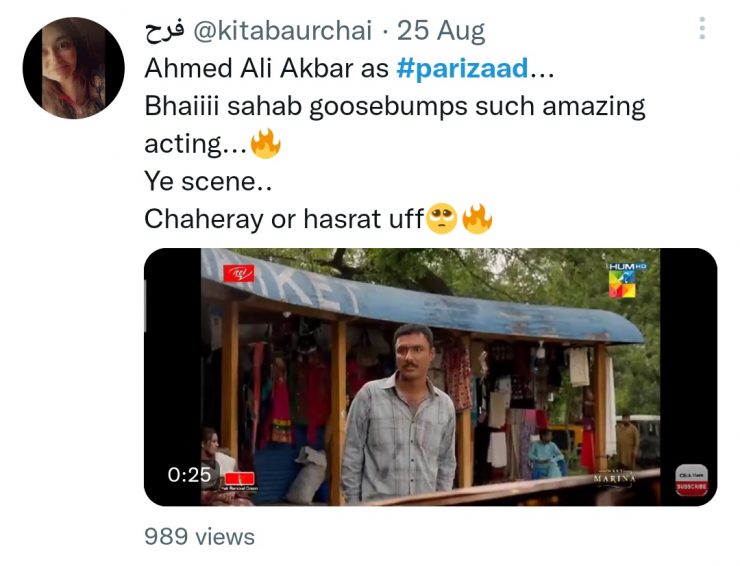 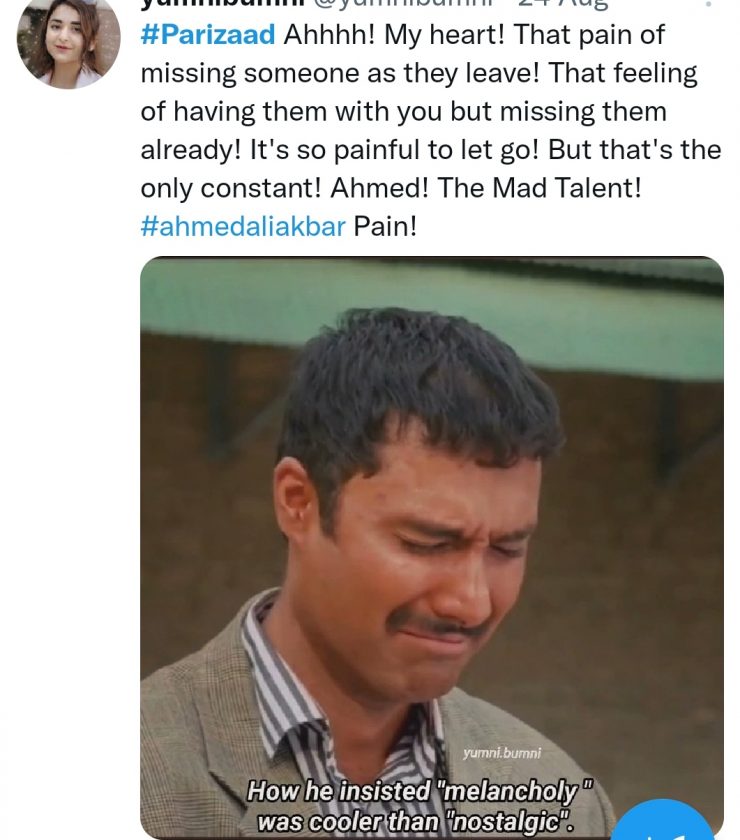 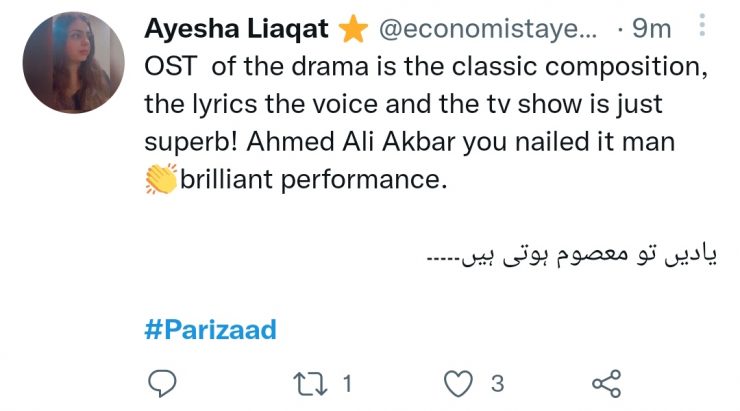 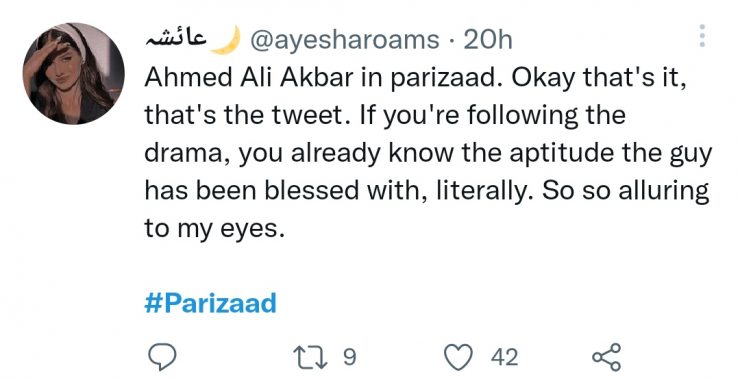 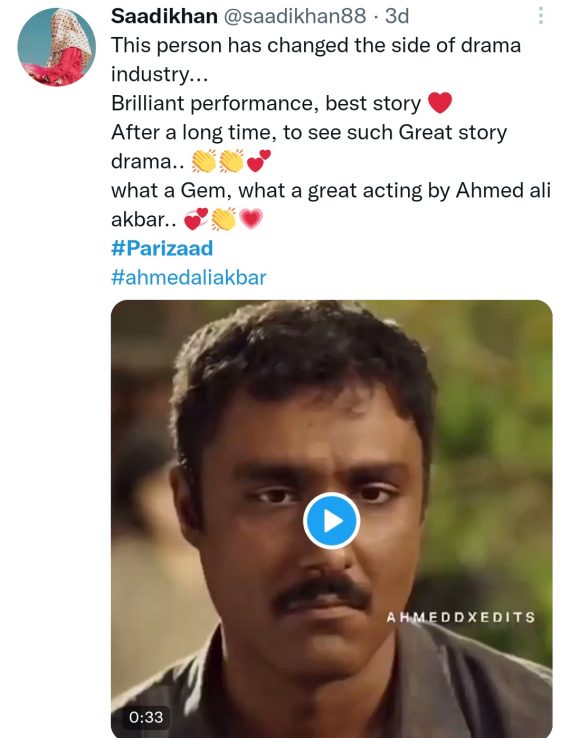 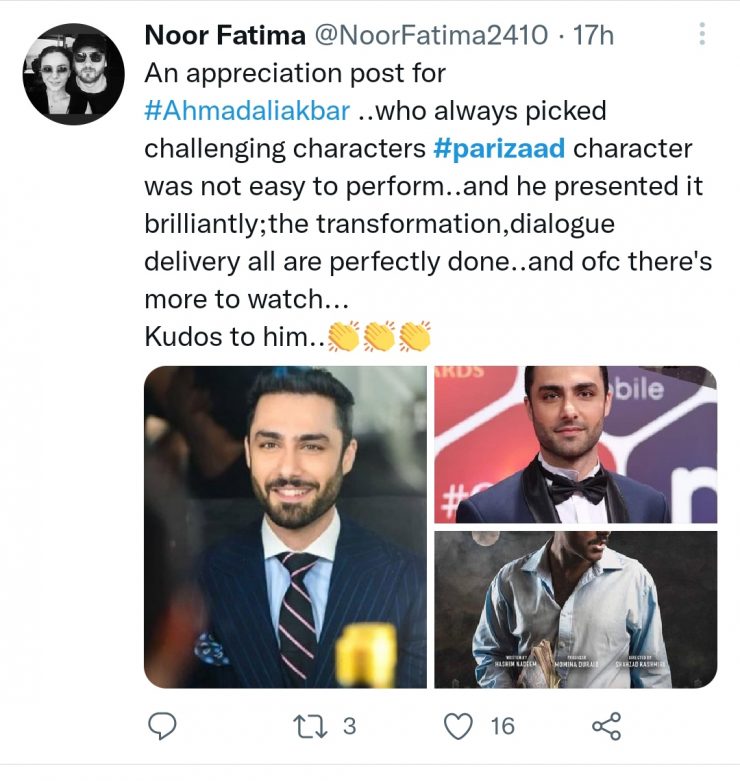 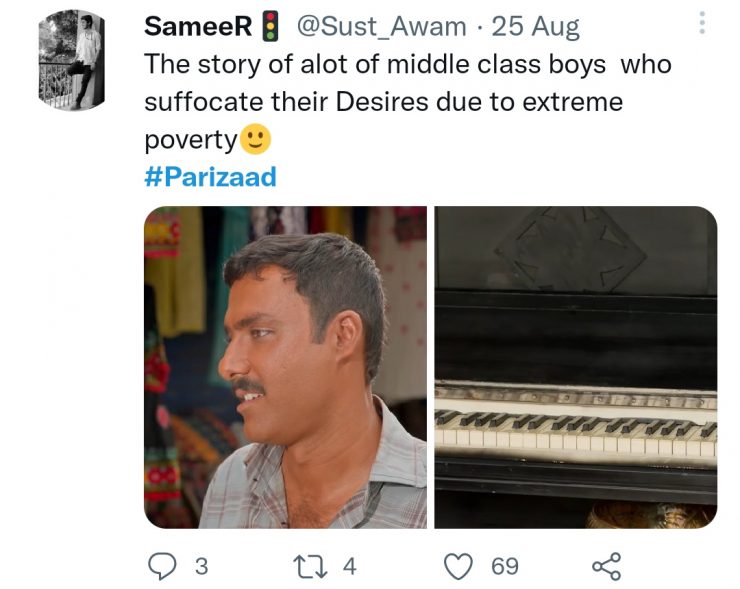 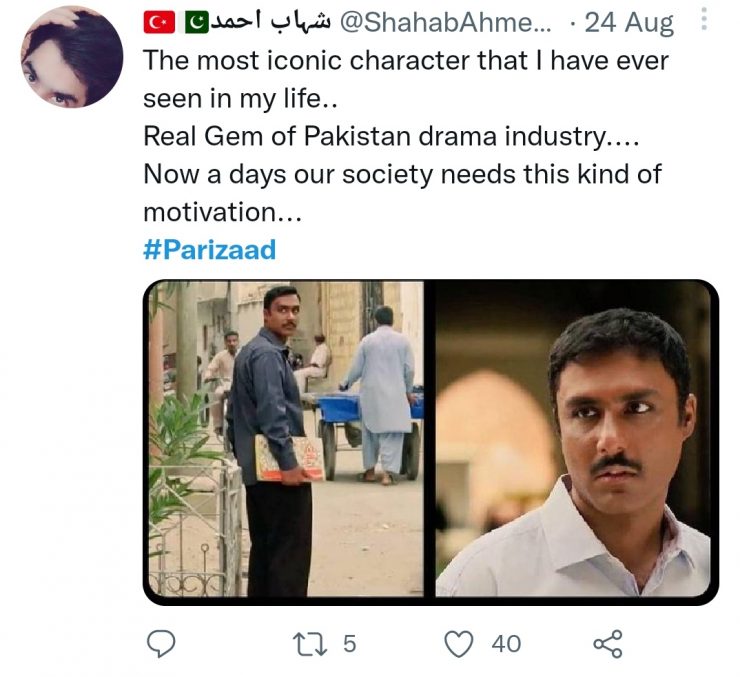 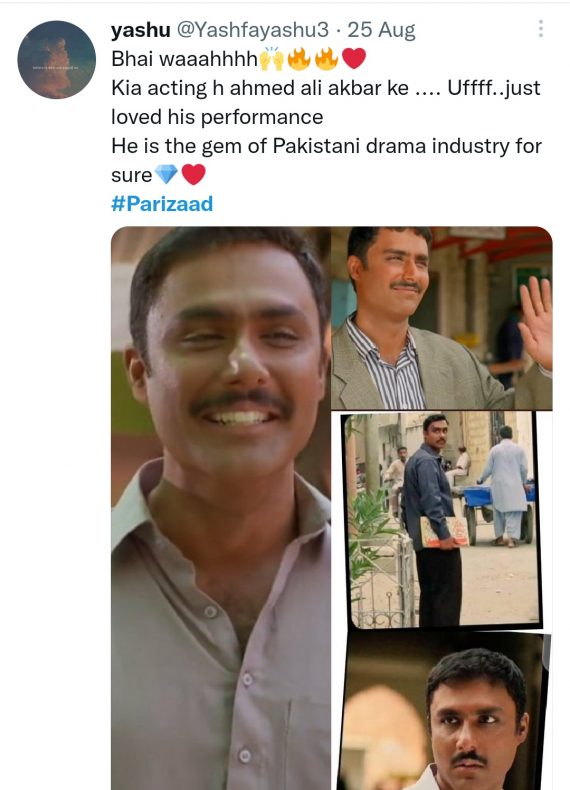 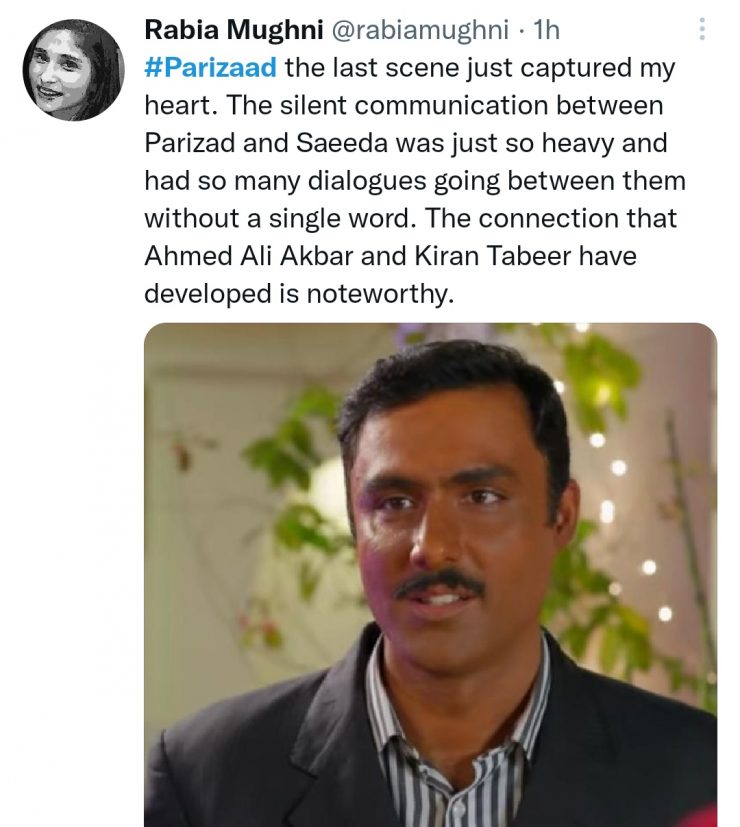 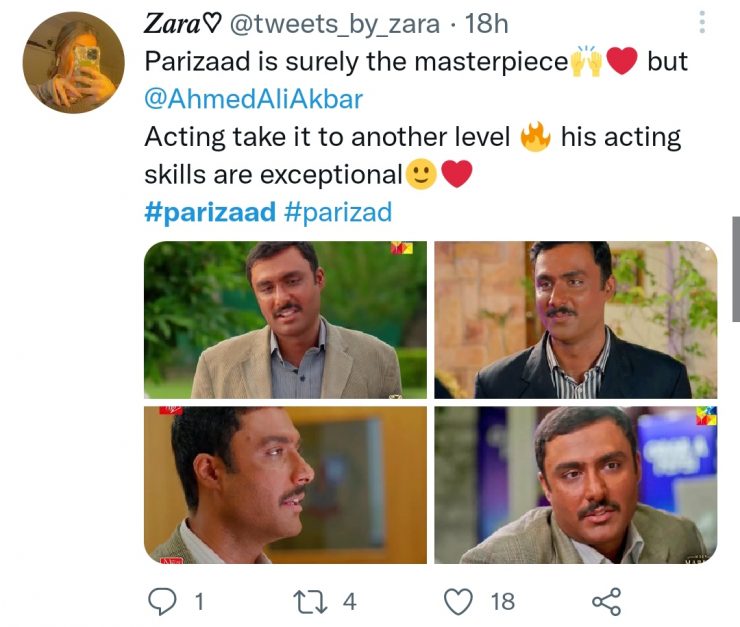 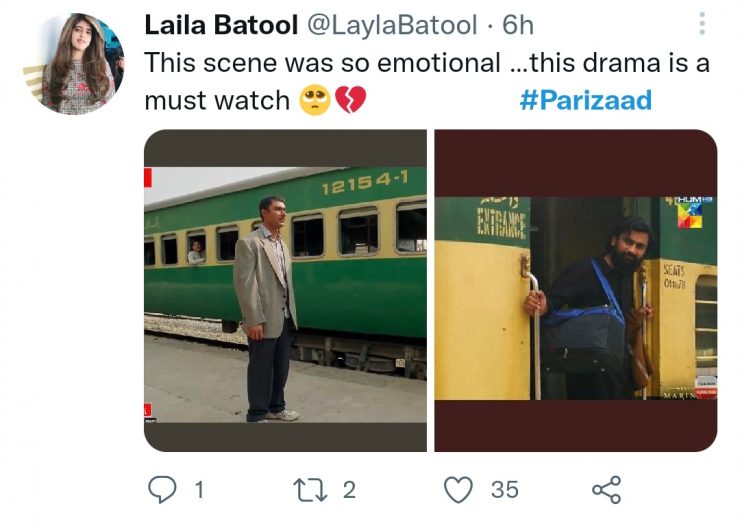 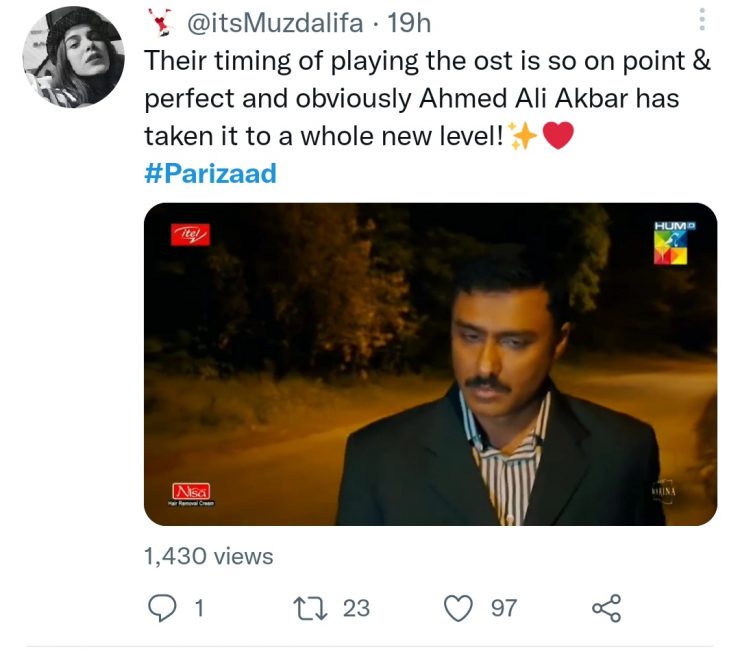 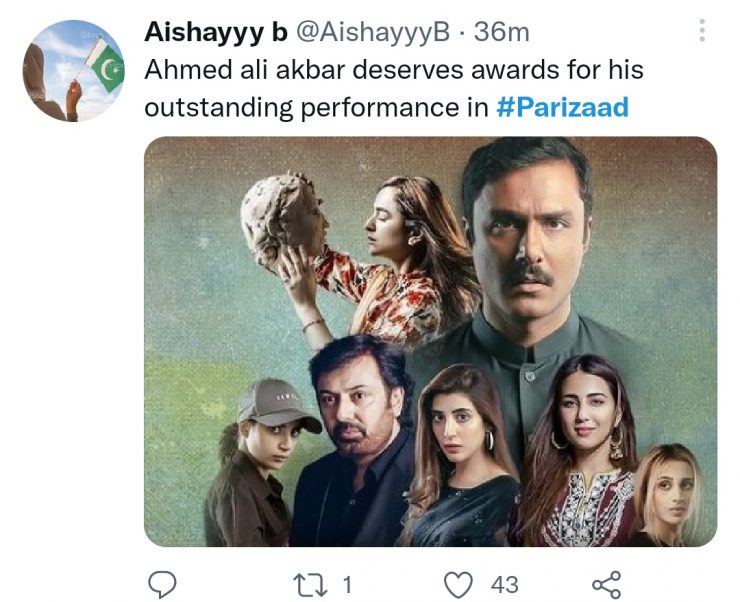 On Friday, a dance video of Pakistani actors Zara Noor Abbas and...