Muneeb Butt and Aiman Khan, a well-known and the most adored couple of Pakistan’s drama industry, have been married for three years now and share a beautiful daughter Amal.

Both Aiman and Muneeb left fans drooling over their PDA-filled clicks from actress Minal Khan’s wedding. They made a statement appearance at the exuberant star-studded function. They served major couple-goals in the latest photoshoot doing rounds on social media. 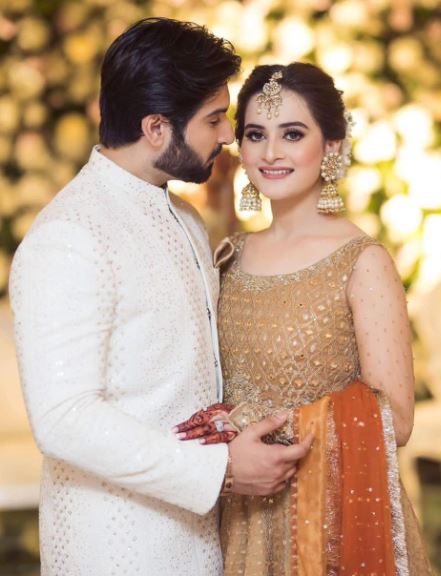 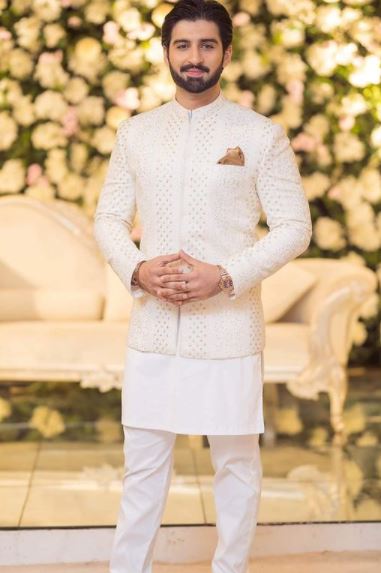 Muneeb Butt donned an all-white kurta pajama, pairing with an off-white sherwani having a touch of gold and the copper square pocket was added to enhance the overall elegance of his look.

Looking chic and dapper as ever, he used the copper shaded square pocket and watch to complement it with his wife’s attire. 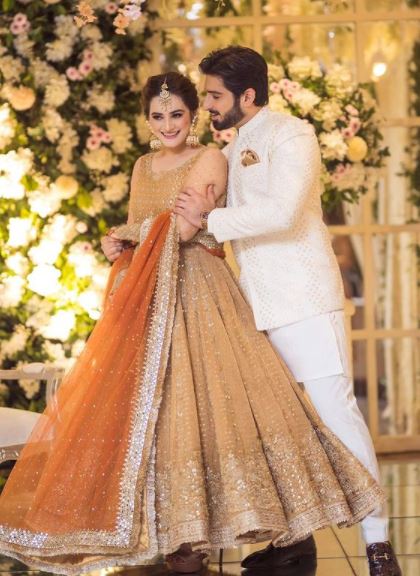 Aiman Khan wore an all-golden elegantly embroidered Anarkali attire with broad embroidered borders. It also had sheer sleeves with embroidery on the cuffs.

The Bandi starlet teamed her dress with an orange dupatta with infused fine stones.

She accessorised her outfit with vintage jewellery and stunning rings. The gorgeous tika and matching jhumkas added more grace to her beauty. Aiman tied her locks in a bun adorned with a white floral gajra. 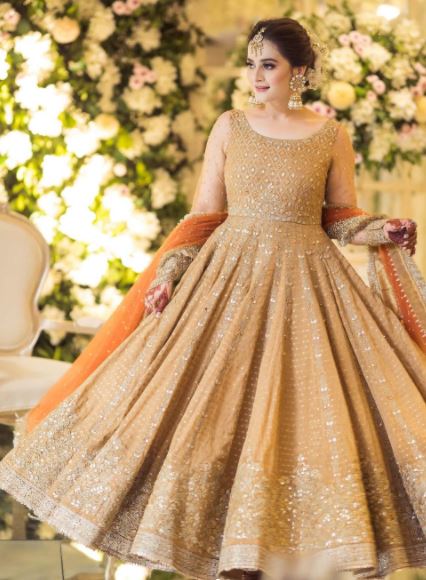 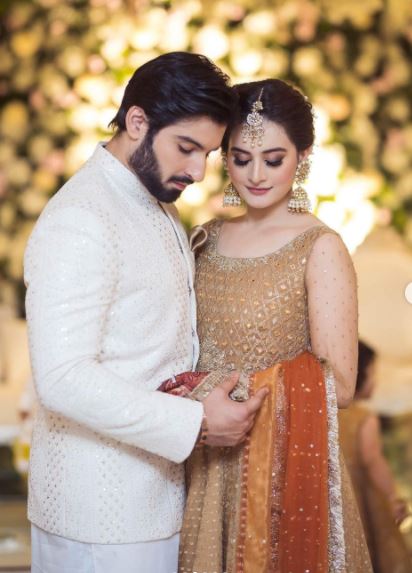 The fans were left in awe to witness the actors indulging in massive PDA. They flooded the comments section with heart emoticons and extended love for the lovely couple. 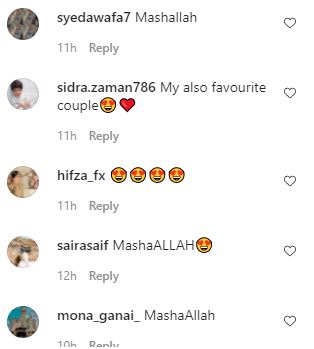 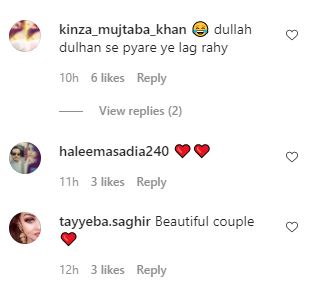 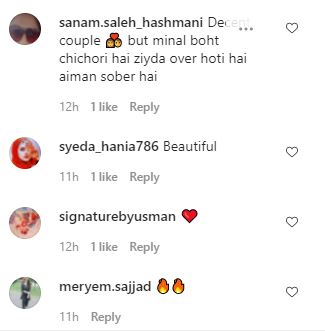 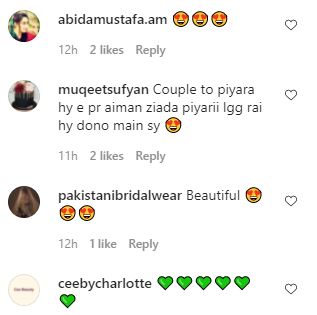 In an adorable video surfacing online, both Aiman and Amal were seen twinning at Minal-Ahsan’s wedding.

Moreover, in one of the videos, Minal’s twin sister was spotted in tears of happiness as Minal signed her Nikkah papers around her family and siblings. Aiman broke down as she sat beside husband Muneeb Butt.