Bella Hadid set pulses racing when she appeared in a sheer tank top to flaunt her incredible figure during an outing in New York.

The 24-year-old fashionista looked stunning in a tennis outfit when she stepped out on Tuesday.

The Vogue cover girl recently admitted that she felt ‘pressured’ to project a sexbot’s image early in her career. 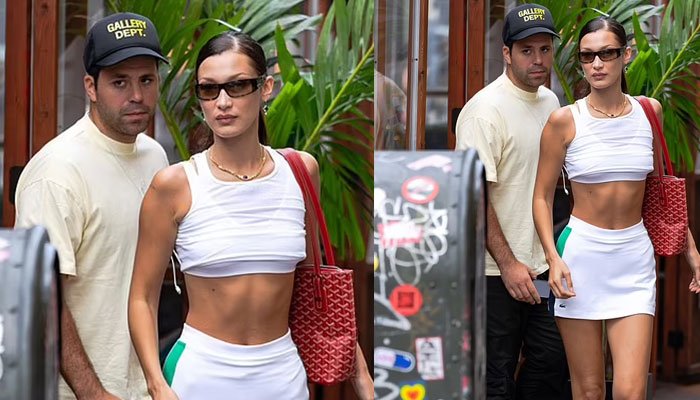 Bella Hadid rose to fame as a teenager and has stated that she was still figuring out who she was when the public first became aware of her.

A British scientist with a passion for gymnastics put her abilities to...

BEIJING: There is enormous potential for China and Pakistan to cooperate in...

Every summer in the Faroe Islands hundreds of pilot whales and dolphins...