BTS also known as the Bangtan Boys, is a seven-member South Korean boy band that was formed in 2010 and debuted in 2013. Originally a hip hop group, their musical style has evolved to include a wide range of genres.

Their lyrics, often focused on personal and social commentary, touch on the themes of mental health, troubles of school-age youth and coming of age, loss, the journey towards loving oneself, and individualism.

A Canadian fan of BTS’s Jimin warmed the hearts of Korean netizens by feeding underprivileged elderly in Jimin’s hometown, Busan.

Jimin will turn 26 on October 13th, and to celebrate his birthday, many fans have prepared events. Among the many events, one charitable gift by his Canadian fan has caught Korean netizens’ attention.

Her story reads that Jimin’s song has helped taking care of her ill father, so her family wanted to share the love with the underprivileged elderly in Jimin’s hometown on his birthday. 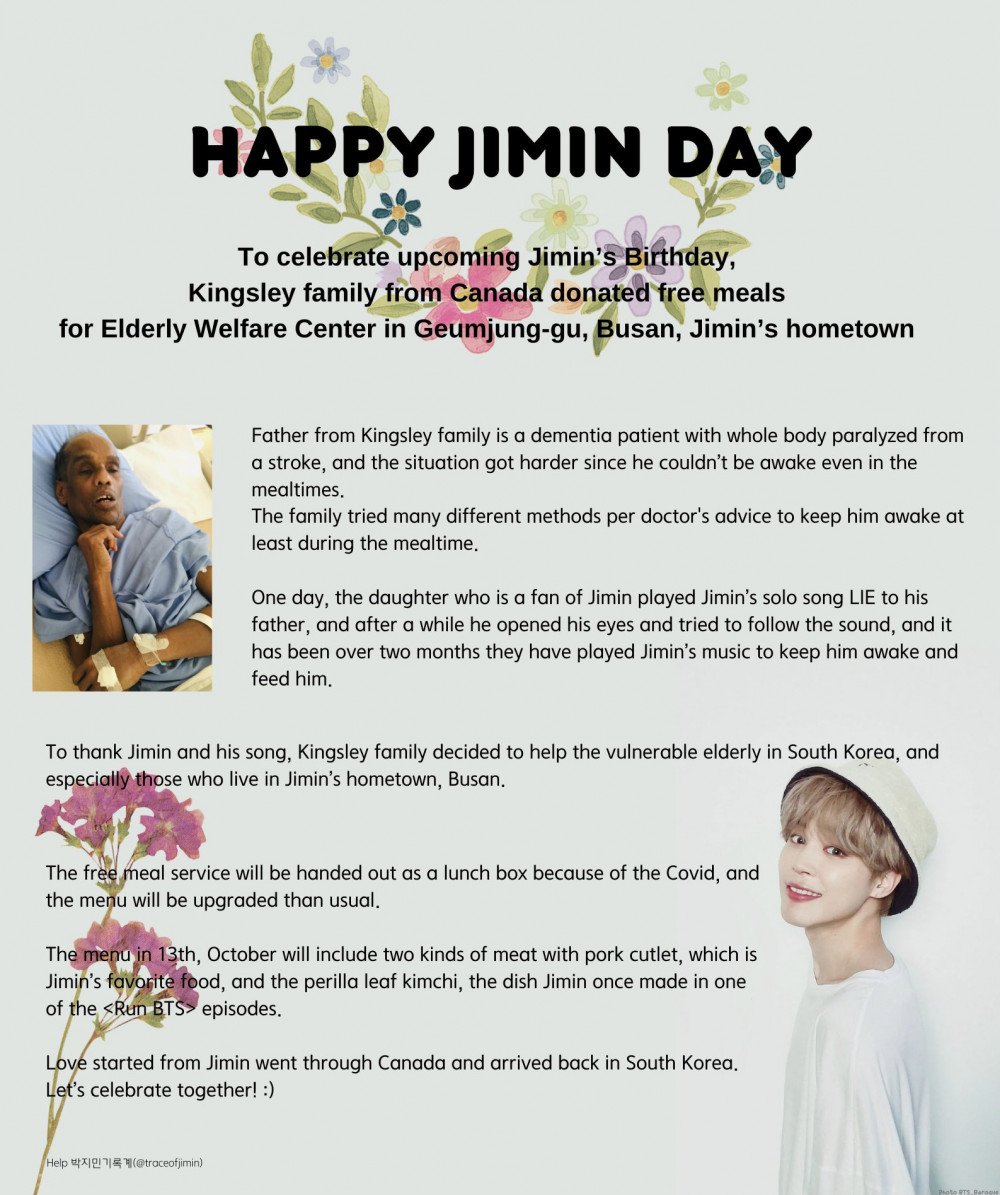 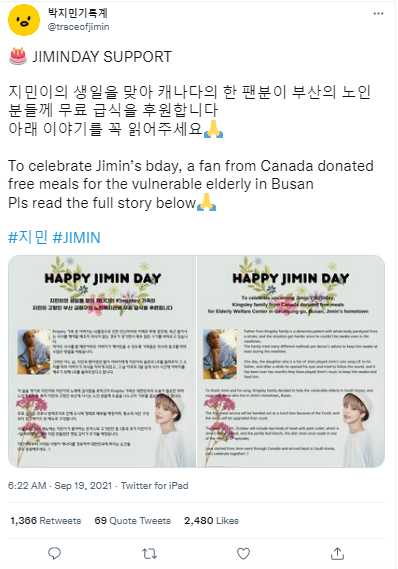 BTS announces live-stream concert after the cancellation of world tour