Dakota Johnson, The Fifty Shades of Grey star strike a sultry pose donning a shimmery sheer gown from the house of Gucci and completed the sophisticated look with a pair of chunky gold heels and tousled waves.

She opted for a chocolate brown lip shade, subtle smoky eye shadow, blushed cheeks and beaming highlighter to finish off her stunning look. 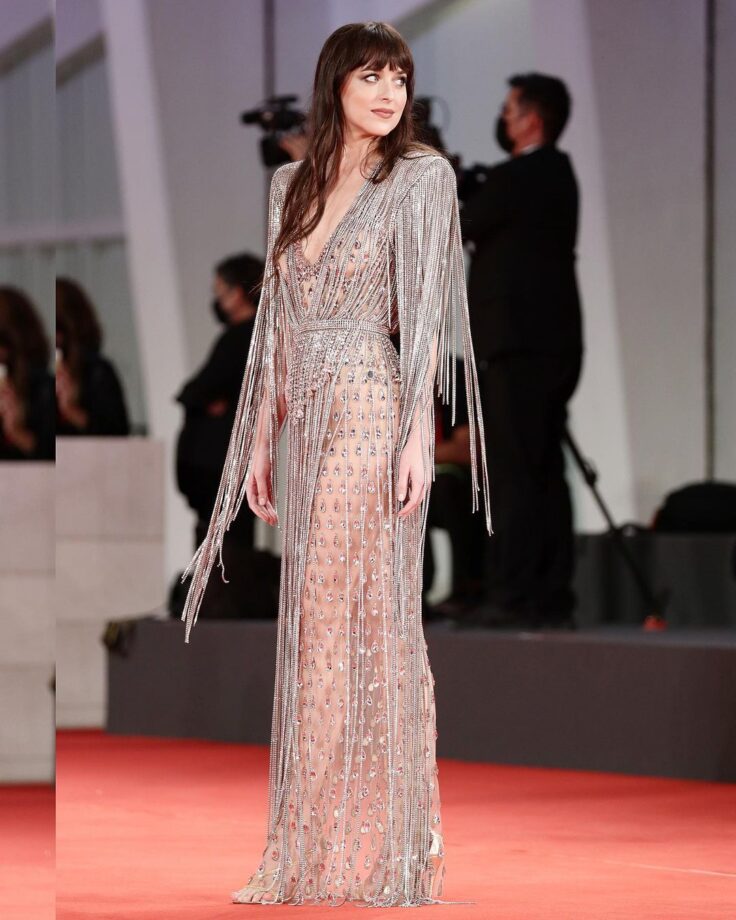 Earlier this year, power couple Johnson and Chris Martin had decided to move in together after dating each other for so long.

Both the stars had sparked romance rumours late in 2017 and later decided to move into a $12.5 million mansion in Malibu, sources informed.

According to the sources, Johnson and Martin to take their relationship to next level after moving into a luxury 5,338 square foot house.

The source added that “it’s brand new” and that it is “walking distance to the same private beach Chris Martin has multiple homes on”.

Previously, Dakota Johnson had opened up about her passion for online psychology courses and learning more about “being a human.”

She revealed she will likely be in counselling for the rest of her life as she opened up about her appreciation for psychology.

She said, “I’ve been so lucky to be surrounded by people who have encouraged me to go deeper into myself. Even during quarantine, I got really into doing online psychology courses ’cause…I wasn’t going to get into college, but I did these amazing courses.”

Before concluding she went on to say, “I’ll probably be in therapy for the rest of my life. You never finish learning about being a human.”