Hajra Yamin is a Pakistani actress. She was born on 6th April 1986 in Karachi. She is one of the actors who began acting in 2011 at the theatre. In 2018, she made her Lollywood debut with the film Maan Jao Na.

She has 787K followers on her Instagram account. Hajra Yameen’s bridal shoot has gone viral on social media. 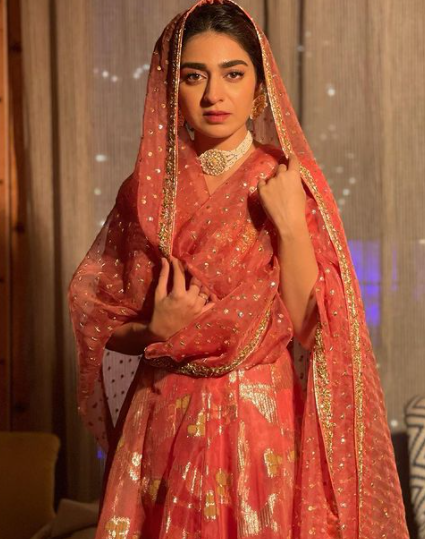 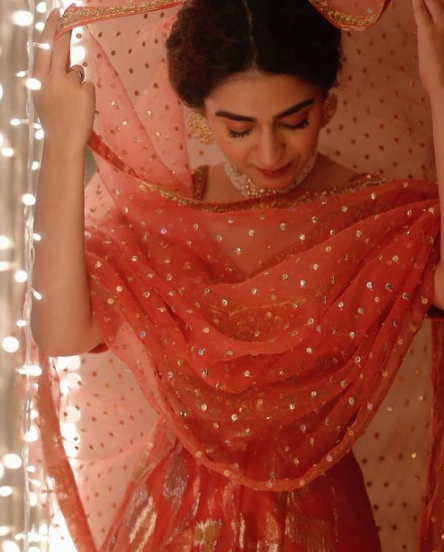 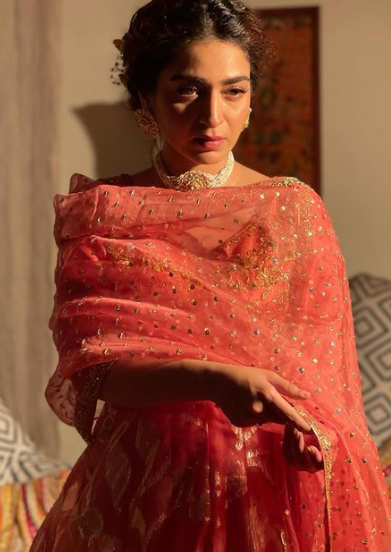 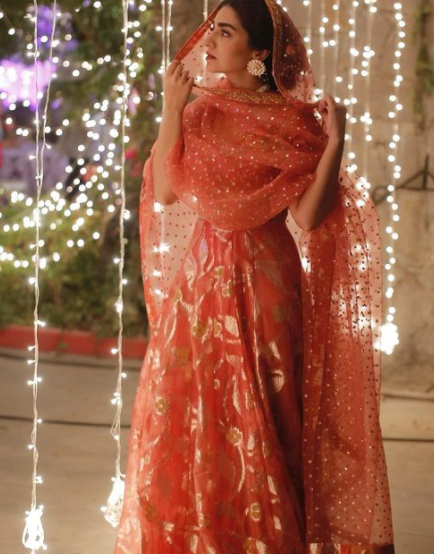 In the photos posted on Instagram by actress Hajra Yameen, it can be seen that the actress is wearing an orange wedding dress, as well as beautiful make-up.

In addition, actress Hajra Yameen has been wearing glamorous jewelry to make her bridal look more beautiful, which is further enhancing her beauty.