The first look of Sajal Aly and Kubra Khan from the upcoming drama serial is unveiled. 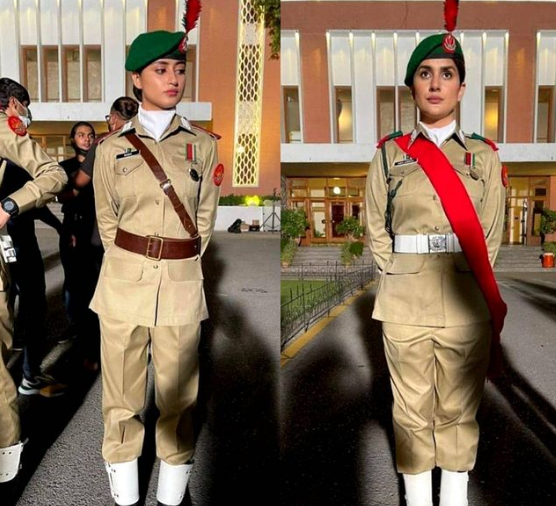 This drama serial has been created in collaboration with the Pakistan Army Public Relations Department and Six Sigma Plus on the topic of women’s rights.

The story of ‘Sinf-e-Aahan’ is written by playwright and novelist Umera Ahmad and the play is directed by Nadeem Baig.