Bilal Maqsood and Asim Azhar have shared new posts on Instagram in which these two legendary singers can be seen singing in a frame.

Singer Bilal Maqsood shared a video of Asim Azhar singing a song and he can be seen playing the piano in a video.

In the second video, the two artists can be seen singing the famous former band Strings together.

Sharing the video Bilal Maqsood wrote in the caption, “He came for work but was sweet enough to entertain all of us.”

After that, the Ghalat fehmi singer shared Maqsood post in his Instagram story and wrote,  “So I don’t know that Bilal Maqsood doesn’t really like to sing in front of family at home but I requested him to sing my favorite Strings song, which he did and I did too, thank you Bilal Bhai for always being so amazing.” 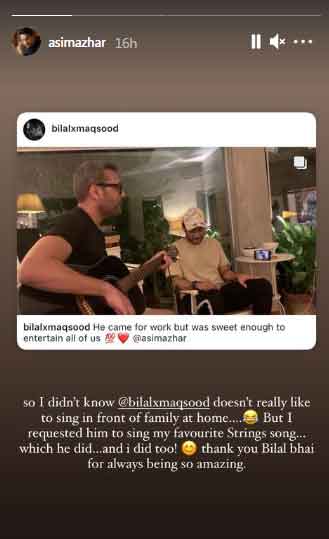 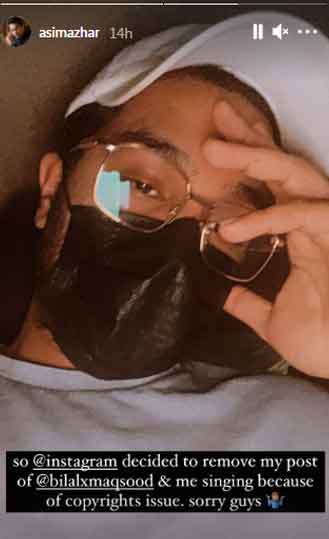 Pakistani actress Hania Aamir has posted a mysterious tweet in response her...

Opec+ will not change its strategy and isn’t obliged to resolve a...