New photographs from the set of Netflix’s The Crown have surfaced, providing a closer look at Prince William and Prince Harry’s roles, as well as Princess Diana.

With the fifth season already in production, images from the set have begun to emerge, the most recent of which has Elizabeth Debicki as Princess Diana alongside two young actors playing Princes William and Harry. 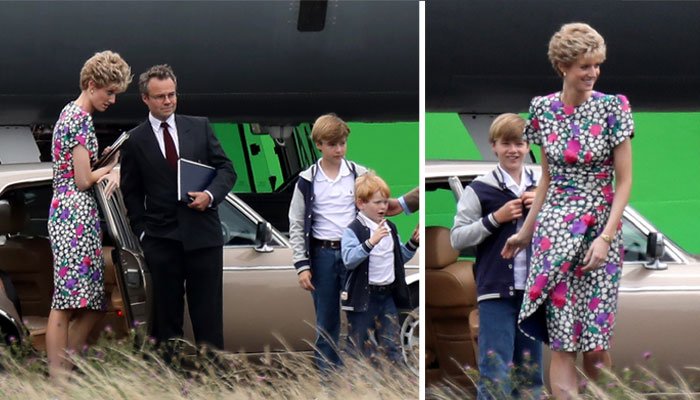 Apart from that, Dominic West’s Prince Charles can be seen in the images with his two children, as the onscreen couple appears to be all smiles.

The pictures were taken at Dunsfold Aerodrome in Surrey, about an hour outside of London, and showed the royals boarding a private jet.

The Prince and Princess of Wales’ difficult marriage, as well as their eventual divorce, will be explored in greater depth in the upcoming season.

The fifth season of the show is set to premiere on Netflix next year.

Kristen Stewart's portrayal of Princess Diana in the film Spencer, which recently...

The poor performance of some of the players in the national squad...

Official trailer of Shehnaaz Gill’s film debut is out now