Popular Pakistani actress and TV host Juggun Kazim, who had suffered a disturbing marriage, has shared a recent picture of her beautiful daughter NoorBano.

Taking to Instagram, Juggun Kazim treated fans with a heartfelt snap of her blue-eyed daughter. As soon as the post dropped on social media, not just fans but even various celebs went crazy looking at her blue eyes and honey-golden hair. 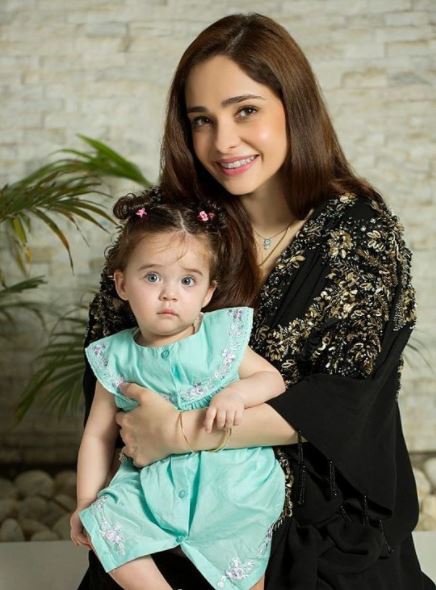 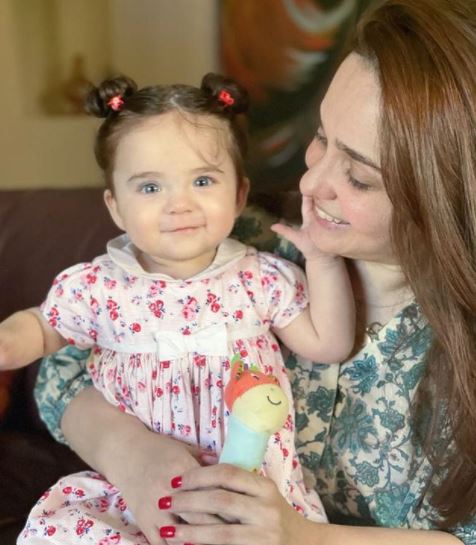 Before her daughter’s arrival in 2020, the host, who is an active YouTuber, had already revealed the gender of her baby in a vlog.

Earlier in an interview, the host had revealed about her first marriage. She had discussed that she wanted to leave her husband from the moment she found out about her. The man used to beat him and caged her inside a room.

She was unable to work, meet her family or go out to get much-needed relief. She was unable to have a normal life like other people around her. She had to redo her lifestyle and get out of it as soon as she could.

Moreover, she was pregnant and had to raise her child. Her son was born and she thought it would change her life. But eventually, her life became more miserable and she could not pursue a life with the man she thought she loved.

Afterwards, the mother of three spent a few years after her separation happened.

However, she was finally able to make a decision and remarry. Juggun Kazim has been able to live a life that is filled with struggle and has been able to move on. She not only took charge of her life but also made sure it was reshaped according to her standards.

Actress and host Juggun Kazim, who was recently blessed with a baby...