Kim Kardashian’s all-black ensemble at Monday’s Met Gala drew a reaction from Kareena Kapoor. What was going on, the actor pondered.

Kareena Kapoor, like the rest of the world, is baffled by Kim Kardashian’s Met Gala ensemble. The reality personality and beauty mogul appeared at the Metropolitan Museum of Art in New York City wearing black cloth from head to toe. Only her long hair, which trailed behind her head, revealed a sliver of her skin.

On Instagram Stories, Kareena uploaded a photo of Kim and Balenciaga designer Demna Gvasalia, who accompanied her on the red carpet in a similar all-black ensemble.

She wrote, “Ye kya ho raha hai (What is even happening).” Kareena also added a face without mouth and cringe-face emoji. 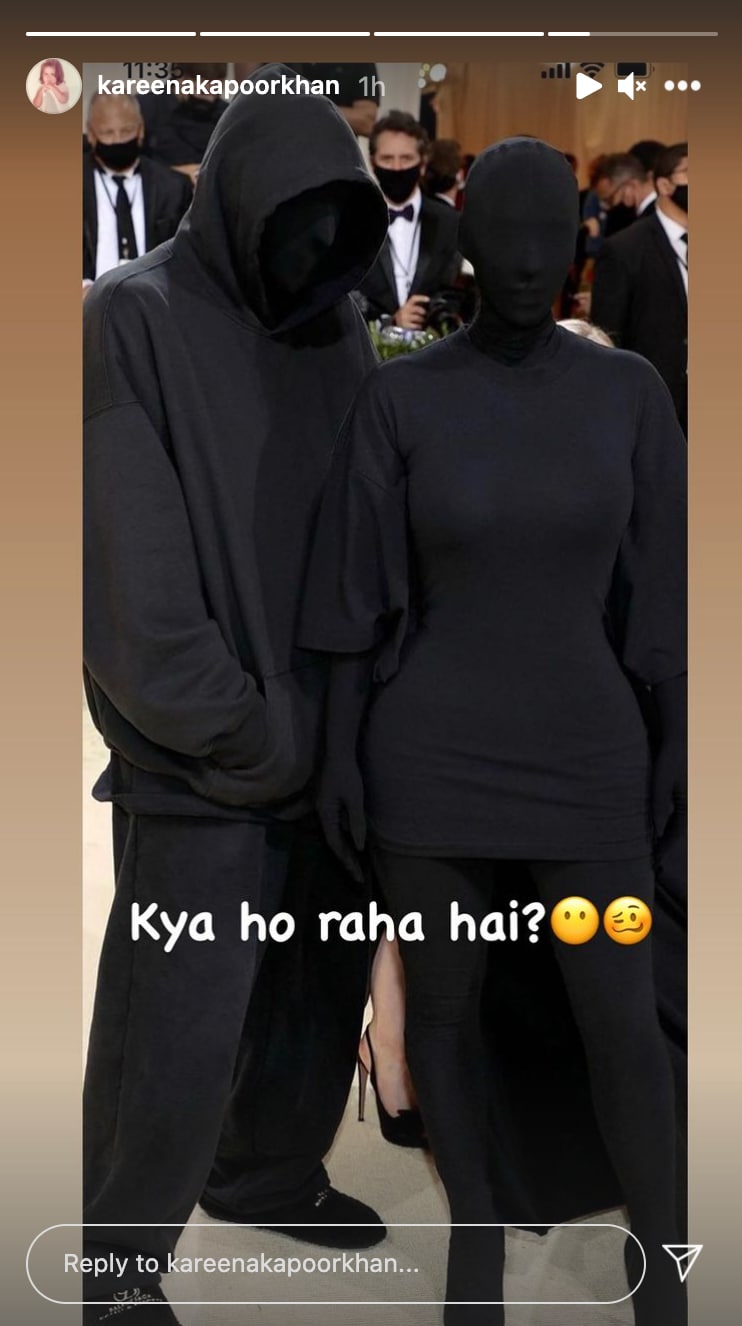 Kim Kardashian’s ensemble was without a doubt the most surprising of the evening. Lil Nas X, Billie Eilish, Alexandra Ocasio Cortez, and Camila Cabello were among the other attendees.

An inexpensive food client got a shock after noticing the rotten finger...