Maya Ali, in her recent clicks, effortlessly channels some wardrobe inspo for her fans donning an all-black long-sleeved shirt and paired it with a silver shimmery skirt.

Her stunning stiletto heels with matching shaded added more charm and elegance to her entire look. 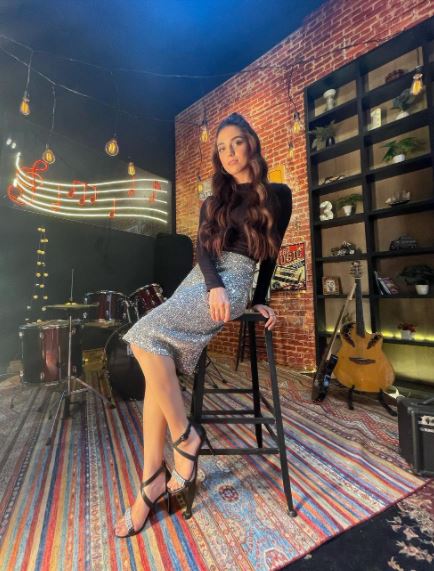 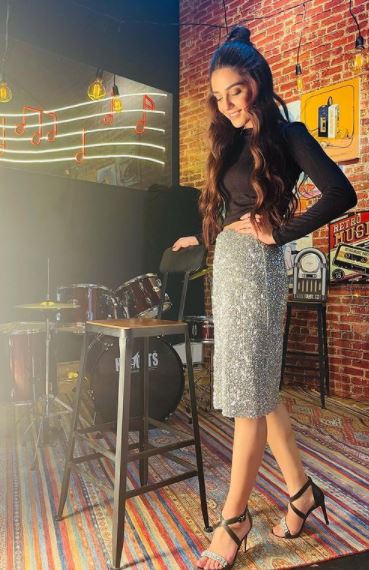 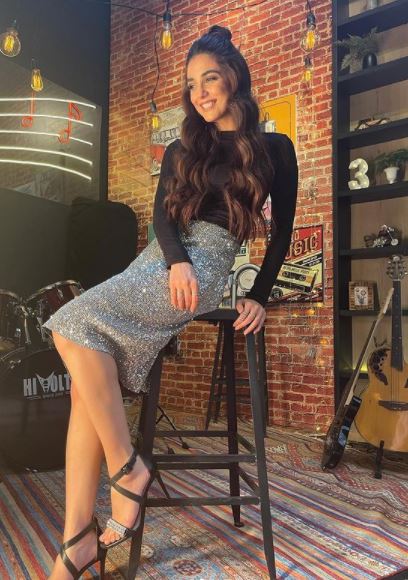 The post has garnered immense love reacts within no time and fans are simply gushing over Maya’s timeless beauty.

By the passing time, Maya has groomed herself a lot with her sassy fashion sense and fitness journey.

She actress has gone from being waifish and skinny to lean muscular. However, her style is still modest and laid back, just more mature.

Currently, she is seen in the drama serial Pehli Si Mohabbat alongside Sheheryar Munawar in the leading role.