Amidst the ongoing uproar on social media, after singer Abrar ul Haq’s recent jibe at modern-day mothers was backfired by Nadia Hussain, the model dropped another teasing note for the Nach Punjaban singer.

Abrar ul Haq, the singer turned politician, pointed out young mothers of the modern era for handing over gadgets to their kids from a very early age rather than focusing on their nourishing and Islamic teachings. He, crooning the ‘Baby Shark’ poem, went viral all over social as he made fun of the way mothers choose to raise their children today.

Nadia Hussain, however, questioned how Abrar ul Haq went from listening to his mother recite the kalima to his famous songs Nach Punjaban and Billo de Ghar after he shamed current mothers.

Other than the model, several celebrities have mixed reactions to his [Abrar ul Haq] statement. Some found him right while others began to call him out.

Moreover, after Hussain garnered intense backlash for pointing the singer out of context, she appeared with another teasing note questioning why he didn’t attend a panel discussion for Voice of America and that she missed him.

She tried to poke fun at the singer in a cryptic way, saying: “Aap se ek aur shikayat!! (Another complaint from you)” 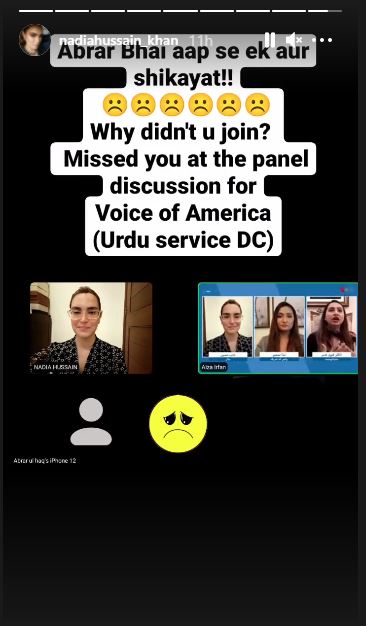 During the online debate over the matter, when a PTI fan account pointed out, “He [Abrarul Haq] has also recited Naats, do you only remember these [his controversial tracks]?” Nadia responded saying: “I remember everything! But he [Abrarul Haq] has no right to talk down the mothers of today when he has grown up the way everyone else did! Aside from his naats, what does he think the youngsters of today learnt from his songs?”

Sab yaad Hai!!!!!
But he has no right to talk down AAJ KAL ki mothers when he himself has grown up the way everyone else did!!!!! Naaton ke ilawa gaanay jo gaye, does he think ke uss se naujawaan nasl ne bauhat seekha???? https://t.co/bp9UnBBxyd

Moreover, actress Zarnish Khan came out in support to defend Haq’s opinion. She suggested to take a point holistically before passing any judgement.

“If someone says something good, then give the devil his due. Let’s not dismiss what he said by dragging his entire life into the picture. If this continues, we’ll have to practice becoming deaf [to good advice],” she wrote on her Instagram story. 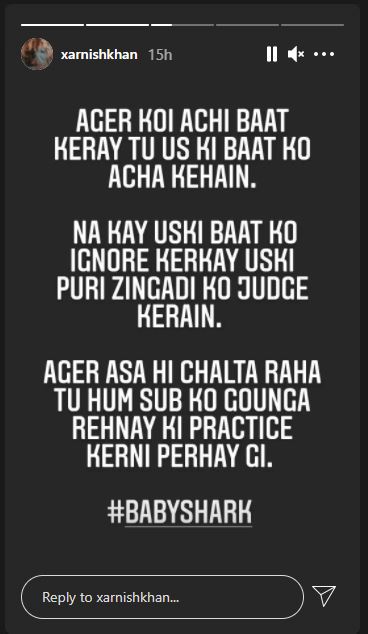