Nasir Khan Jan accuses Alizeh Shah of copying his hairstyle; What do you think?

Nasir Khan Jan accuses Alizeh Shah of copying his hairstyle; What do you think?

Pakistan’s social media sensation Nasir Khan Jan, who is quite popular for his humorous challenges has accused actress Alizeh Shah of copying his hairstyle.

In an Instagram post, Nasir while posting a photo of him and Alizeh shah wrote, “Alizeh copy my hairstyle”.

He also declared himself a celebrity and further wrote that it’s a common thing between celebrities to copy each other style.

One of the most popular yet contentious topics among the netizens is actress Alizeh Shah’s hair length.

Alizeh Shah, a Pakistani actress who rose to prominence after acting in the drama series Ehd-e-Wafa, has a rebellious nature that has propelled her success to new heights, with the 21-year-old’s clothing style is guaranteed to cause a debate in the comments section.

It is true that the actress is singled out for any activity she engages in. Alizeh’s hairstyle choices, on the other hand, are among the numerous hot subjects that go viral.

However, the actress chose a short haircut (bob) that she wore with surprising confidence, but social media people complained that Alizeh appeared to be a boy. 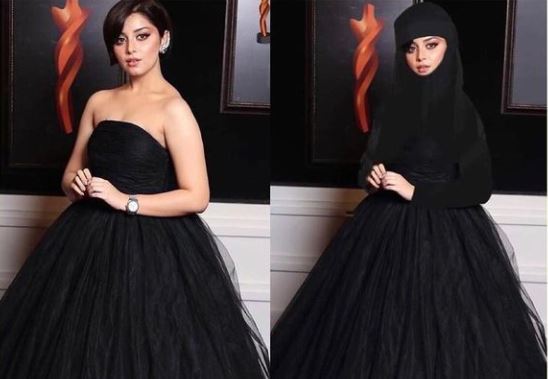 Pakistan's social media sensation Nasir Khan Jan, who is quite popular for...