Later on, fans also saw Mohsin and Nazish together on different occasions. Both actors performed in two dramas together. On numerous occasions, Nazish Jahangir expressed her love for the actor and singer.

Last night, Nazish Jahangir posted a strange story that was hinting at her emotional breakdown, she wrote, “I am so grateful to Allah that he saved me from the people who were not good for my betterment in long term, knowing someone’s reality over and over breaks you but knowing this Allah has written something better makes you strong too” 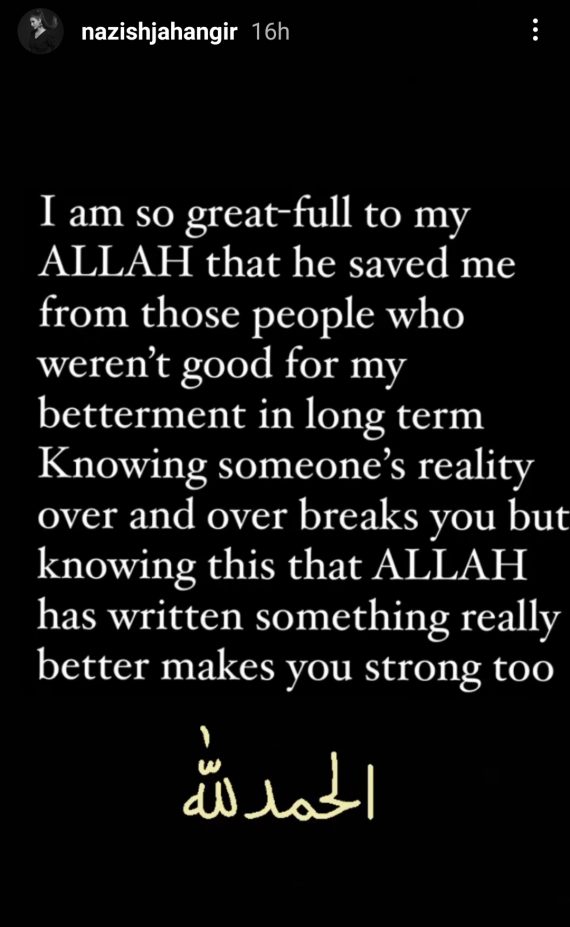 She further wrote that the purest bond in this world is your mother. 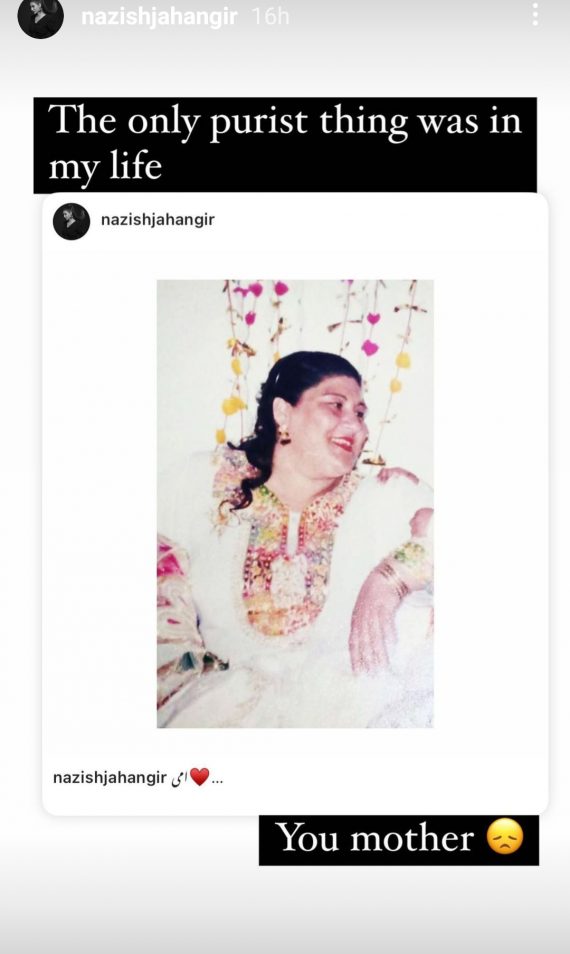 On the other hand, Mohsin Abbas Haider came up with the same sort of story at the same time hinting towards a breakup, Mohsin wrote, ” Thank You, Allah Pak, for saving me from toxic and psycho people because you know I deserve better” 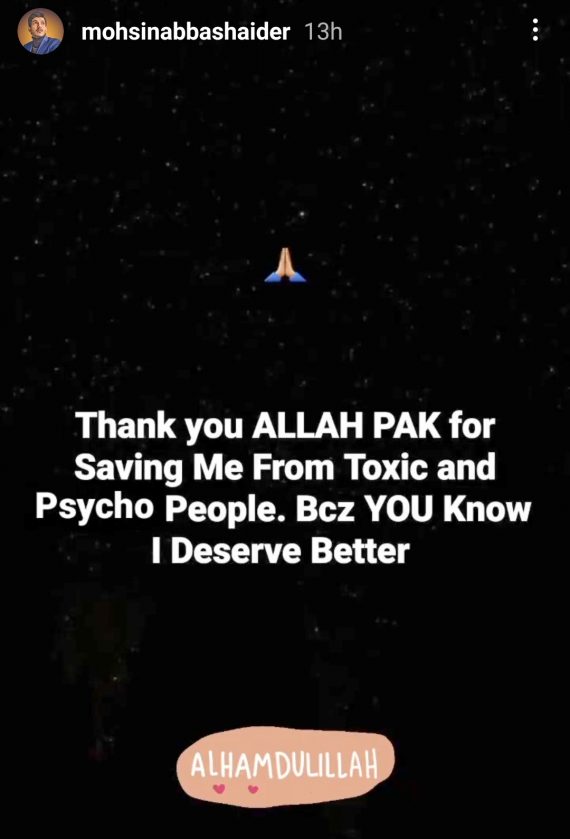 Right after that Nazish Jahangir posted that she won’t block haters so that they may see what she is doing in her life. Both the actors are not following each other for a long time. 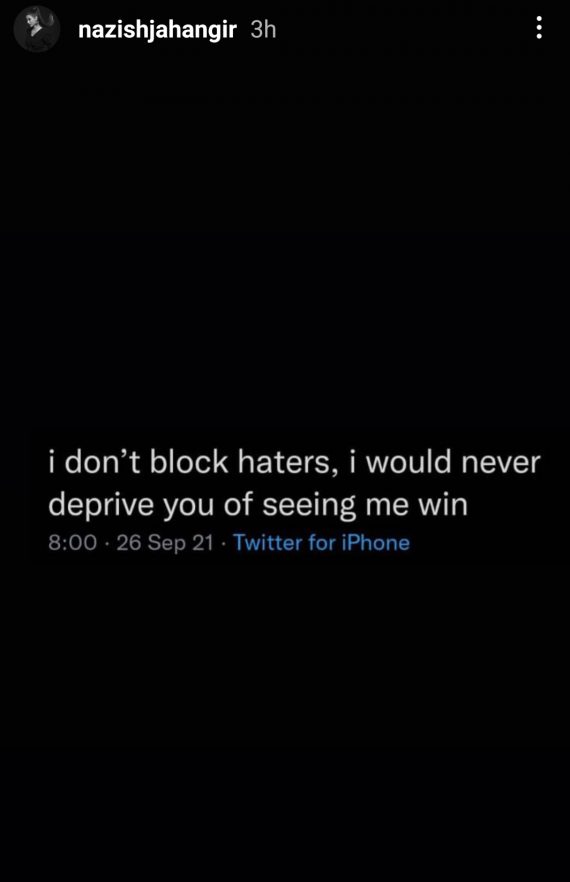 Nazish Jahangir on mental health day: “Don’t allow others to hurry your healing”

Pakistan's talented starlet Nazish Jahangir is one of the few actresses in...