On Saturday, Neetu Kapoor honored the birthday of her late husband, actor Rishi Kapoor, in a unique way. It included a cake with all of the late actor’s favorite items on display, as well as a life-size cardboard cutout of him.

The family of late actor Rishi Kapoor commemorated his 69th birthday. His wife, actress Neetu Kapoor, made sure his birthday was everything he had wished for. She released photos and videos from the party on Sunday.

She posted a picture of the cake to her Instagram Stories. It was filled with all of the things that the late actor enjoyed. A whiskey bottle, the Twitter logo, a bowl of mutton curry, nag champa incense sticks, a guitar, and a cassette tape of his past hits were among the items found. 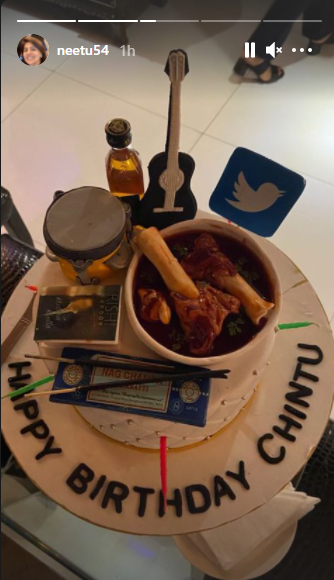 Another image showed a photo frame with his picture but the words “Celebrating Chintuji” written on it. Rishi Kapoor’s old acquaintances and family members were among the people who attended the event. 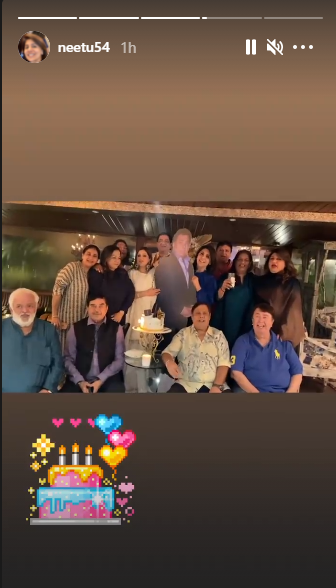 On the occasion of his birth anniversary on Saturday, Neetu had posted a throwback picture with him and written: “I learnt a lot from Rishi ji during our last few traumatic years in NYC .. how we celebrated when his blood counts were high .. we dined shopped laughed .. in his lows we just stayed home watched tv ordered in amazing food n still had some wonderful moments in hope that the next round of chemotherapy he would be better .. hope n being strong is what he taught me .. value each day .. we all miss him today !!! I can picture him how excited he would have been for his 69th birthday !! I’m sure he is celebrating with his family up there Happy birthday Kapoor Saab.”