Bollywood actress and host Neha Dhupia, who is all set to welcome baby number two with Angad Bedi, usually remains under headlines due to intense trolling and criticism from netizens.

Neha and Angad are expecting their second child. The couple had announced the joyful news with a lovely family photo a few months back.

This time, the paparazzi captured her with hubby as Neha is enjoying the last few weeks of her pregnancy. The glow on her face is quite evident.

The couple was spotted as they headed out for a date in Mumbai. Neha opted for a comfortable printed kaftan. She kept her shoulder-length hair loose and wore dewy makeup. 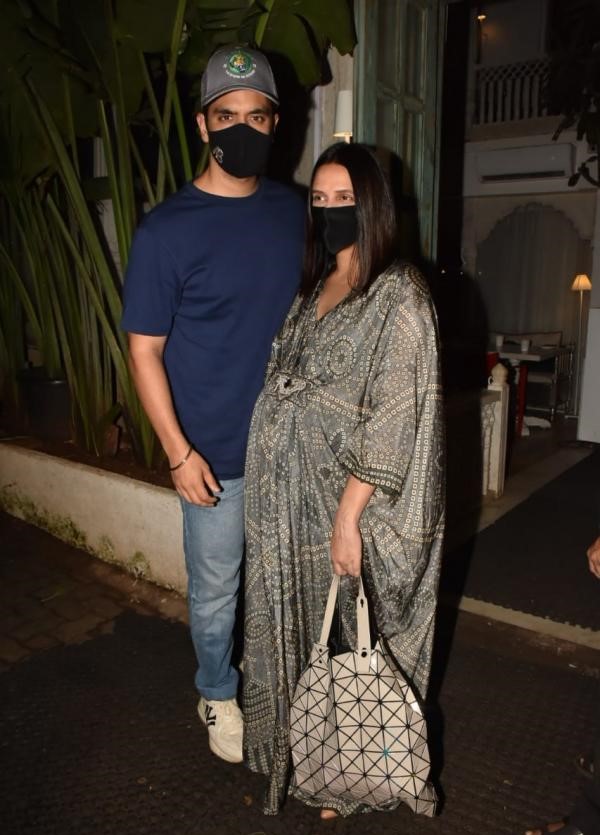 Earlier in 2018, Neha and Angad had a beautiful wedding in the month of May. They became parents to daughter Mehr on November 18 in the same year.

Neha Dhupia has featured in films such as Singh Is Kinng, Tumhari Sulu, Hindi Medium and Lust Stories. She was last seen in Priyanka Banerjee’s short film Devi, in which she co-starred with Kajol, Shruti Haasan, Neena Kulkarni and Shivani Raghuvanshi.

On the other hand, Angad Bedi was last seen in Gunjan Saxena: The Kargil Girl, in which he starred alongside Janhvi Kapoor.

He had also starred in the web series The Verdict – State Vs Nanavati.

Bollywood actress and host Neha Dhupia, who usually remains under headlines due...