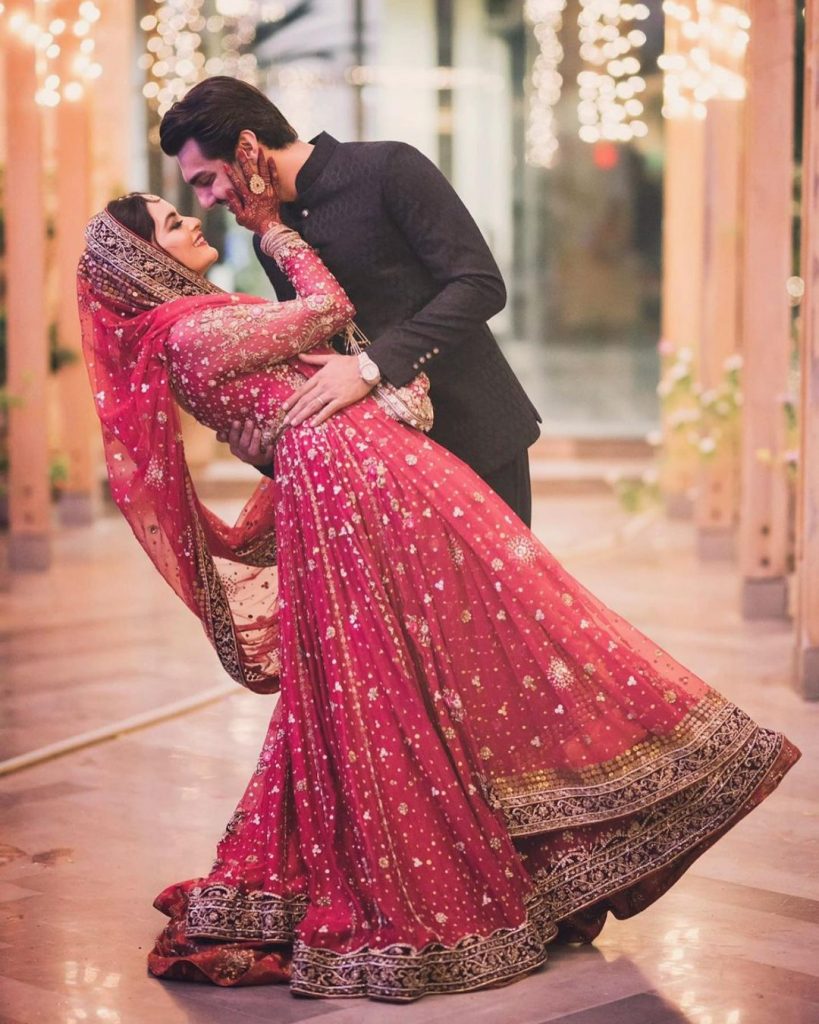 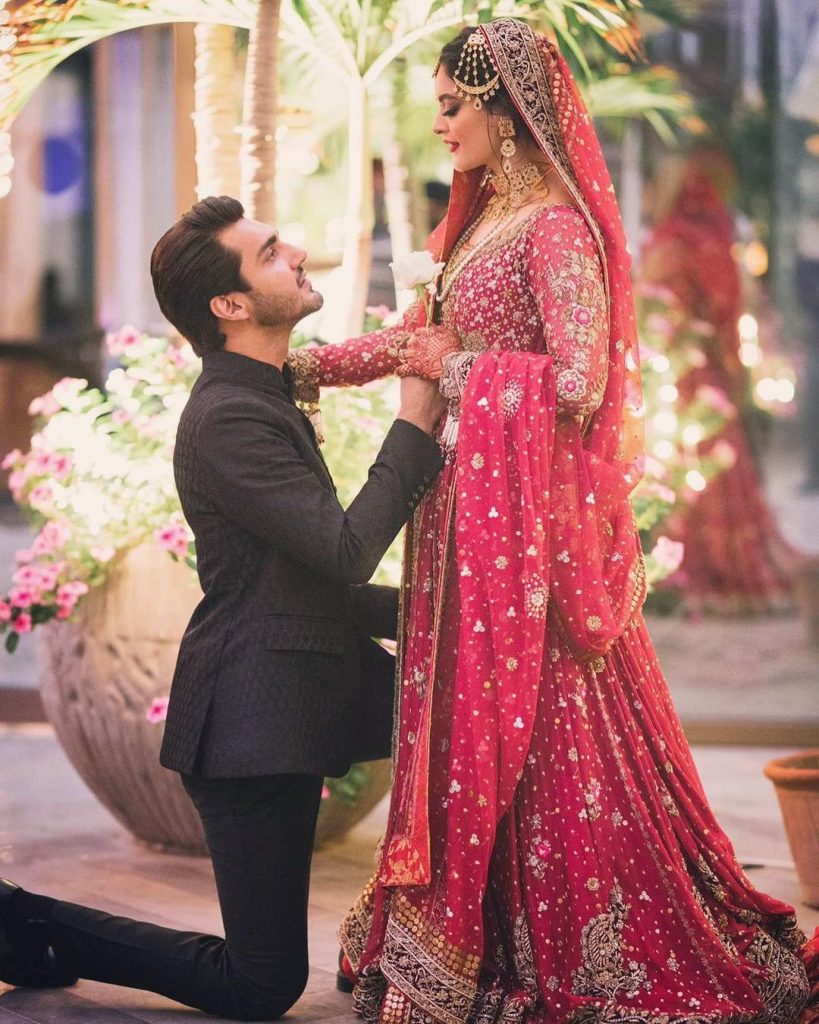 Minal’s delicate dusky bridal look was created by Qasim Liaqat, a well-known makeup artist in the business. Qasim Liaqat uploaded the photos with the stunning Minal Khan on his official Instagram account. 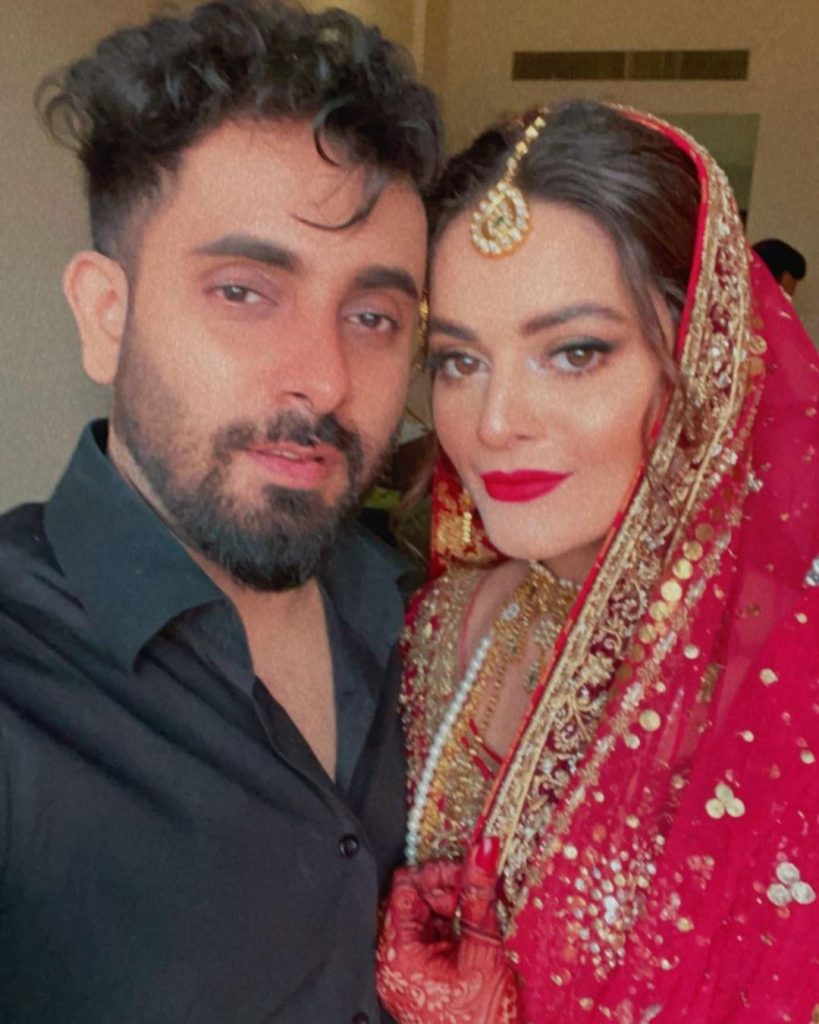 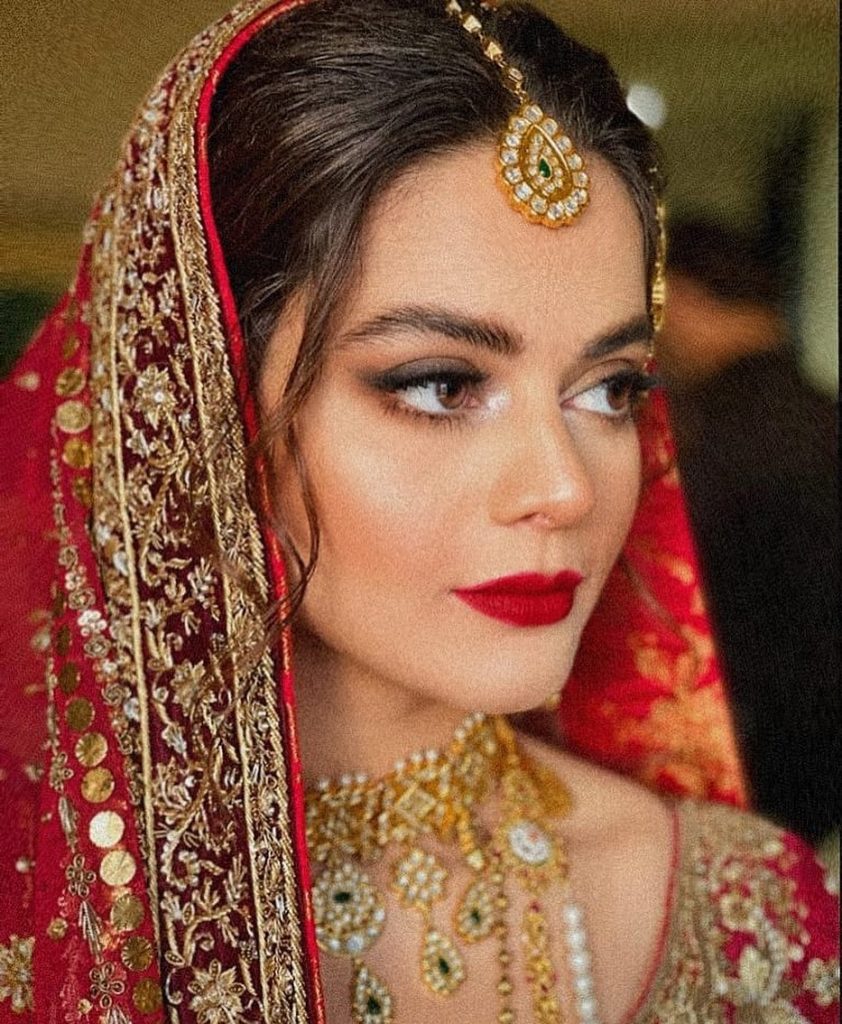 Take a look at some of the mixed public reactions to Minal Khan and Qasim Liaqat’s photo.

Pakistan’s most adored power couple Minal Khan and Ahsan Mohsin Ikram, who had announced their engagement earlier this year, have officially tied the knot in an extravagant wedding in the presence of family, friends and fellow stars.

The internet was flooded with the exuberant star-studded wedding function of Minal and Ahsan. The actress slipped into a traditional all-red bridal attire on her big day and covered her face with a veil.

The dress was breathtakingly beautiful with elegant embroidery. Her makeup was heavy, fine while her jewelry, stunning. The beautiful henna was enough to adorn her entire exquisite look.