Sonam Kapoor has recently been in the spotlight as a result of her beautiful appearances and images from her sister Rhea Kapoor’s wedding to Karan Boolani. In the midst of all of this, Sonam has maintained her style quotient and has been dishing outlooks that are simply effortless.

Sonam was recently photographed in the city while returning via Versova Jetty, and her traditional dress once again drew all the attention. In her most recent outing, Sonam nailed the ethnic look like a pro.

The shutterbugs caught up with her as she got out and walked towards her car, and managed to get her in the frame. Sonam is seen walking to her car with her squad in the images.

Sonam is dressed in a two-toned green bandhani kurta and roomy white linen slacks. She completed her ensemble with a Punjabi jutti and a pair of stunning jhumkis to take it to the next level.

Her glam eye makeup went well with her ethnic wear look and her hair was neatly tied up in a ponytail. Sonam is also seen sporting a red mask while keeping a distance from the paps. 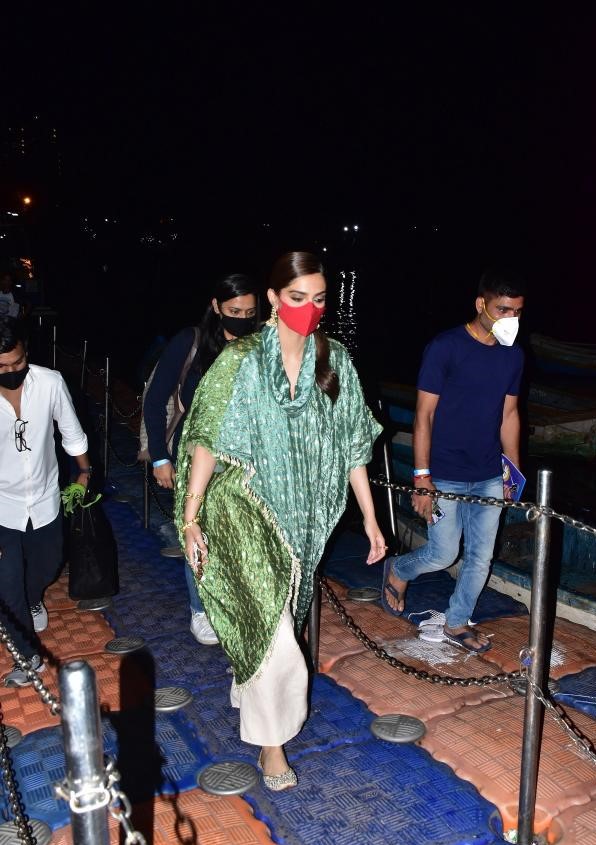 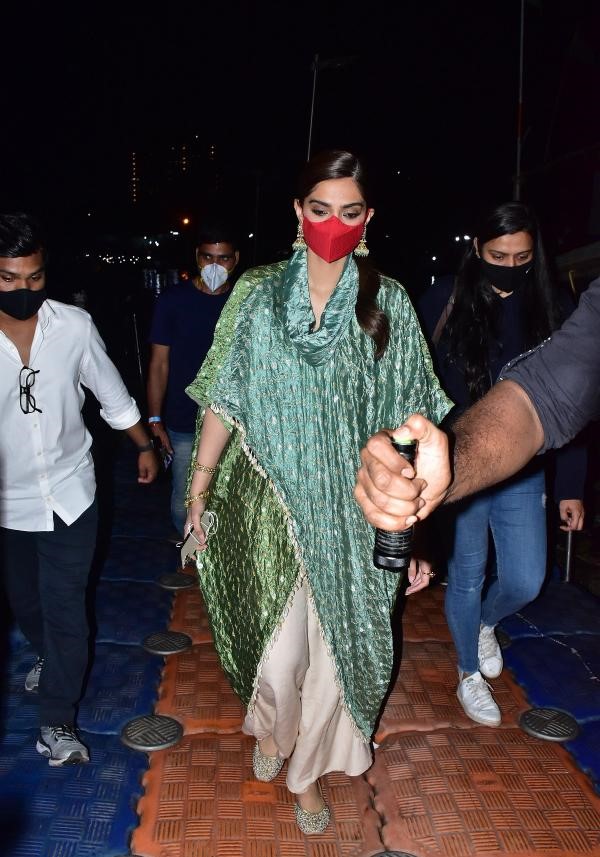 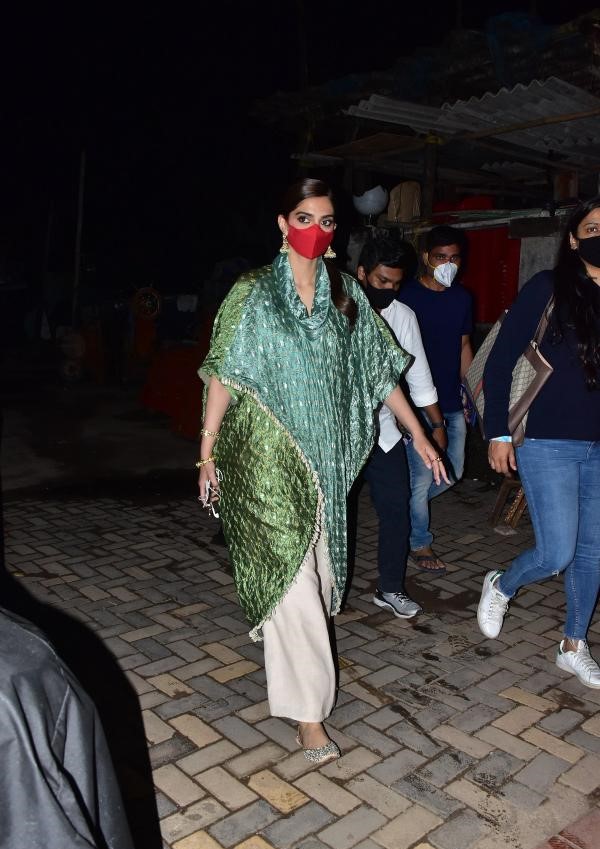