Since the main OTT platforms like Netflix took over, the globe may rightfully be described as globally attached, as fans from all over the world connect via popular shows that, due to their success, become the talk of the town through OTT platforms.

The most recent is Netflix’s mega-smash series ‘Squid Game,’ which is receiving worldwide acclaim and featuring a Pakistani character, Ali Abdul, portrayed by Anupam Tripathi, who is winning hearts around the world. Tripathi was born in India but relocated to Korea in 2010. He has recently received a lot of attention for his performance in the Korean drama Squid Games.

Ahmad Ali Butt also stated that films based on Pakistani cities should be shot in various original locations in Pakistan rather than on sets and in artificial locations, and he suggested that the government implement new progressive film policies to give the productions a chance. 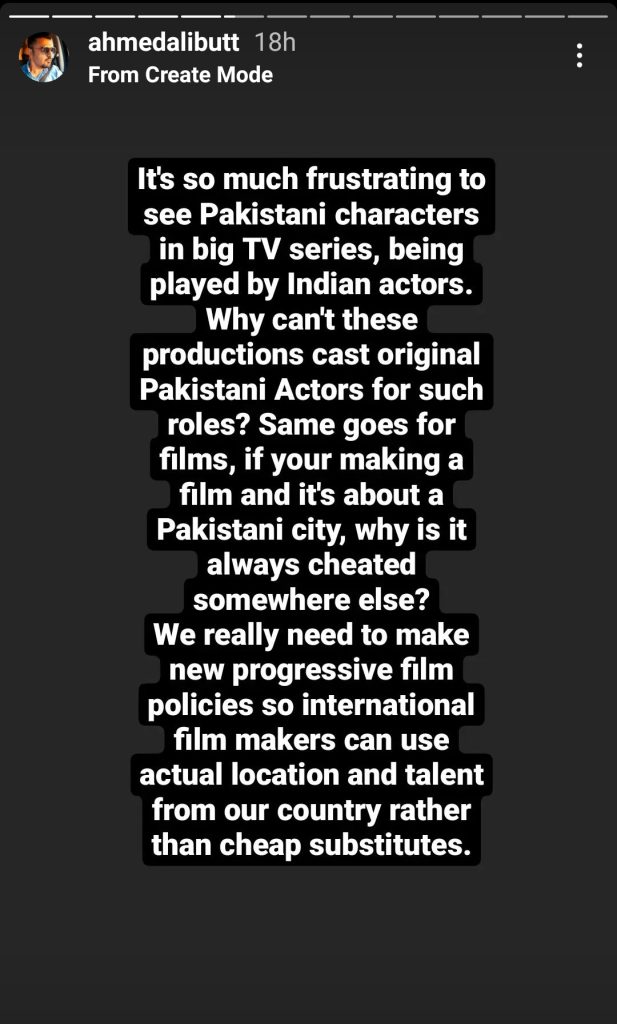 ‘Squid Game’ was shelved for ten years before Netflix approved it

Squid Game, Netflix's most recent release, has been the talk of the...

RIYADH: Saudi Arabia's holding of US Treasury securities decreased by the end...

BEIJING: The cooperation in digital infrastructure and IT under the China-Pakistan Economic...