Drake gushes over Adele’s ‘Easy On You’ MV ‘For my closest buddy,’ he says

Drake gushes over Adele’s ‘Easy On You’ MV ‘For my closest buddy,’ he says

Drake recently took to social media to show his support for his ‘best friend,’ Adele, in honor of her new track, Easy on Me.

On Instagram Stories, the rapper paid tribute to Adele and even screen-grabbed a snap from her most recent photoshoot.

The shot also has a caption that stated, “One of my best friends in the world just dropped a single [smile emoji] @adele [heart heart heart emoji] WOIIIIIIII”. (sic) 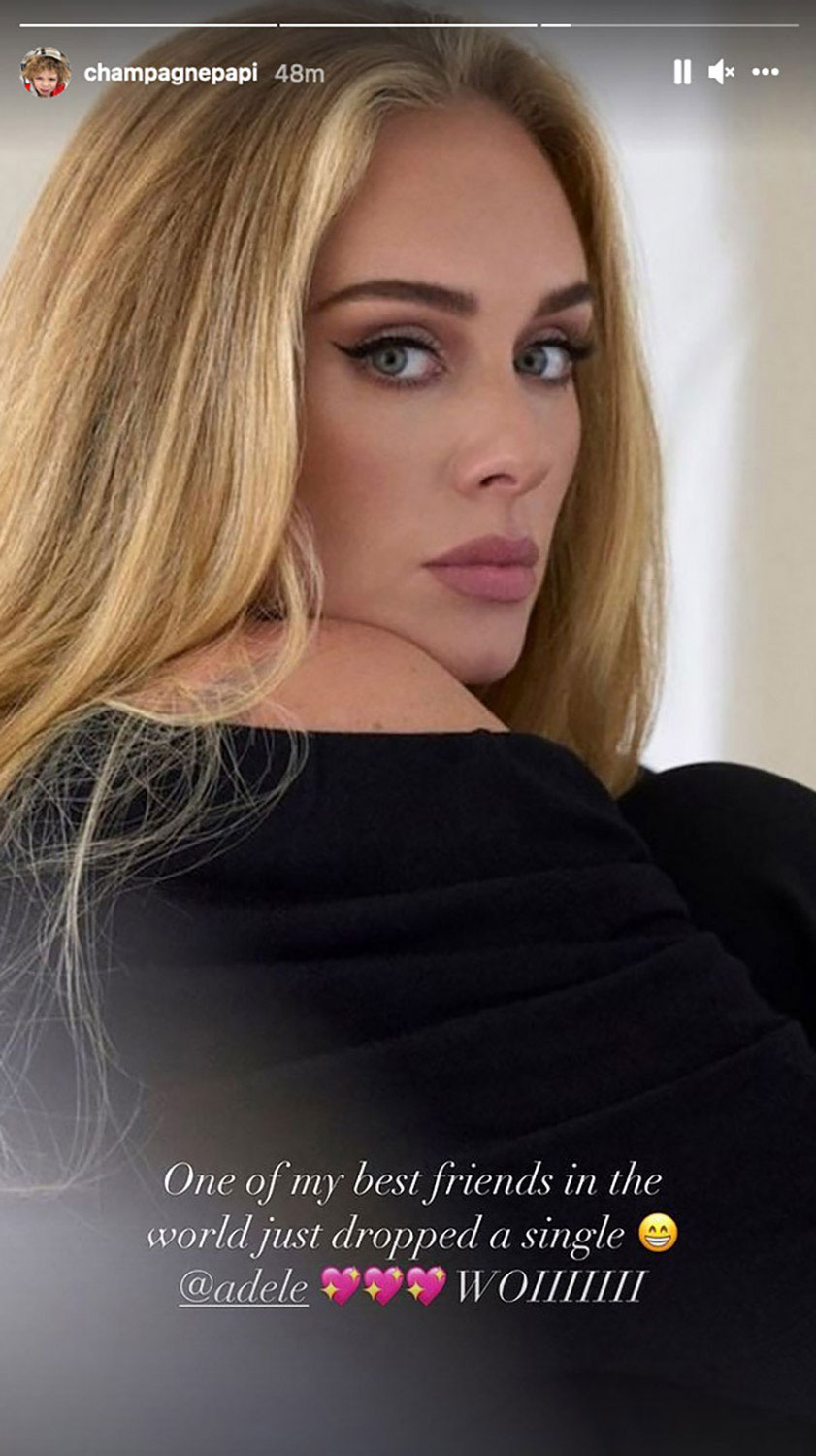 For those who are unfamiliar, Adele can be heard shouting the vocals to “Easy on You,” a piano-backed emotive tune,  “Go easy on me, baby / I was still a child / Didn’t get the chance to / Feel the world around me.”

It’s from her fourth studio album, 30 which was released only last Thursday.

Check it out here

Adele announces her next album’s release date, said the recording of “30” began 3 years ago

Adele announced her next album's release date on Wednesday, November 19. She...

KARACHI: The ongoing gradual cold in the southern port city is set to...