Leading Pakistani actress Yumna Zaidi, who never fails to enthrall fans with her incredible acting skills, has received immense appreciation from fellow stars and netizens after her achievement at the LUX Style Awards (LSA) 2021.

Yumna Zaidi took home two awards for the best female actors’ category over her stellar performance in the drama serial Pyaar Kay Sadqay at the 20th LSA., which took place on Saturday night.

However, a number of fellow stars including Zara Noor Abbas, Sajal Aly, Bilal Abbas Khan, Yashma Gill and others heaped praise for the talented actress.

The celebrities took to their separate social media handles to express their love and esteem for Yumna. 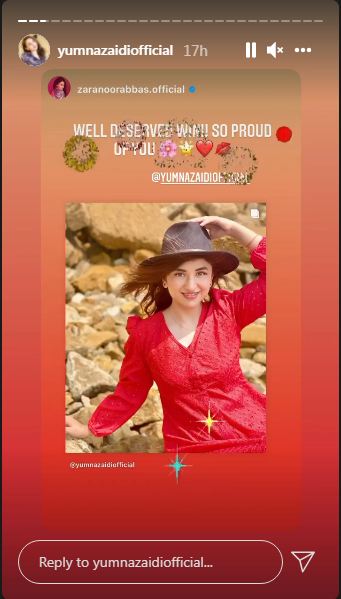 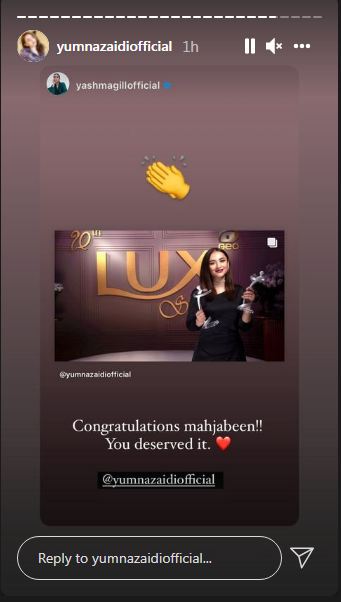 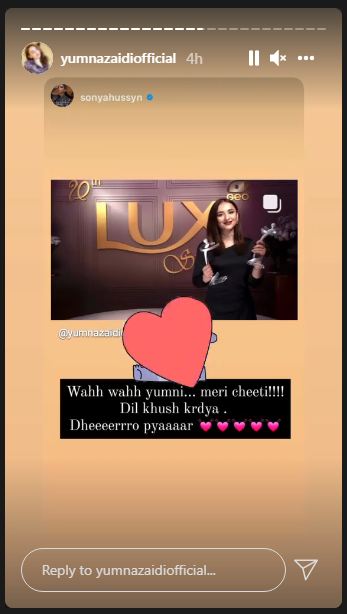 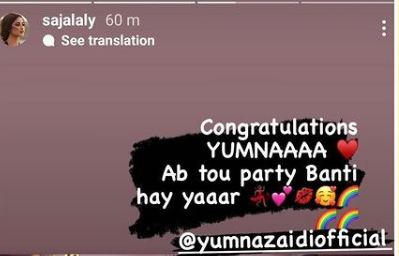 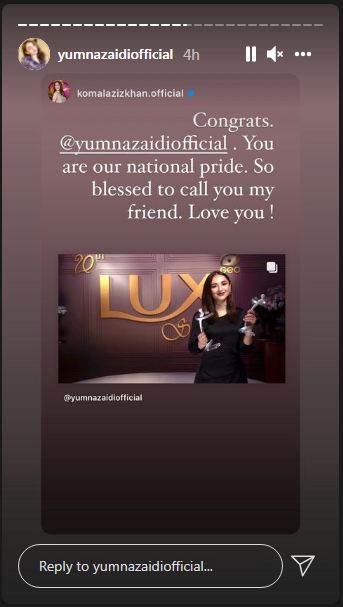 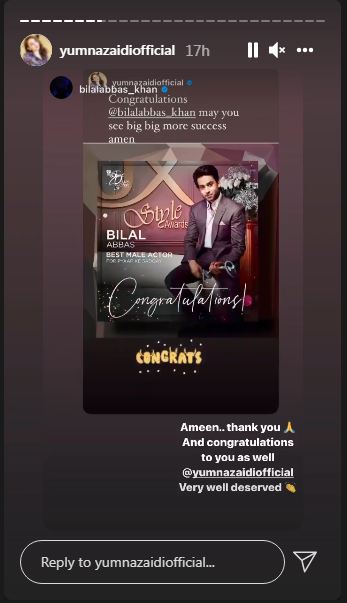 In her acceptance speech, Yumna Zaidi paid thanks to all those who constantly supported her in the process, including her family for always telling her that ‘she is the best.’

She also shared the snaps after receiving the awards on her Instagram with a gratitude-filled caption. “Sharing an overwhelming moment from last night @luxstylepk 2021….2021 has been really lucky for me .“Yeh wohi Allah hai,” she wrote.

At the event, Yumna Zaidi slipped into a black silk gown. The actress also paired her looked with dangling silver earrings and chose her locks to fall straight.

Zaidi is well-known for her extraordinary acting. She can be considered a true inspiration for amateur actors as she got fame in less time.

Most of her dramas went super hit and got high ratings. She knows how to portray real emotions in every getup, from the devil in Ishq Zahe-Naseeb to adorable Mahjabeen in Pyar Ke Sadqay. Her successful dramas include Dar Si Jati Hai Sila, Inkaar, Raaz-e-Ulfat, and so on.

The queen of Pakistan's showbiz industry Yumna Zaidi has been honoured with...

ISLAMABAD: Prime Minister Imran Khan has said that a programme of targeted...

RAWALPINDI: Four security personnel of the law enforcement agencies were martyred during...