Why Yasir Hussain comparing his latest birthday to the last one?

On Mehndi night, dapper groom Usman Mukhtar stunned many of his followers with a rare appearance.

The Janaan actor strolled in wearing a gold jacket and dancing to the 1980s hit Disco Dancer.

Usman, who was otherwise dressed in a navy blue Shalwar Kameez, posed carelessly for the camera, which was chosen by his groomsmen. 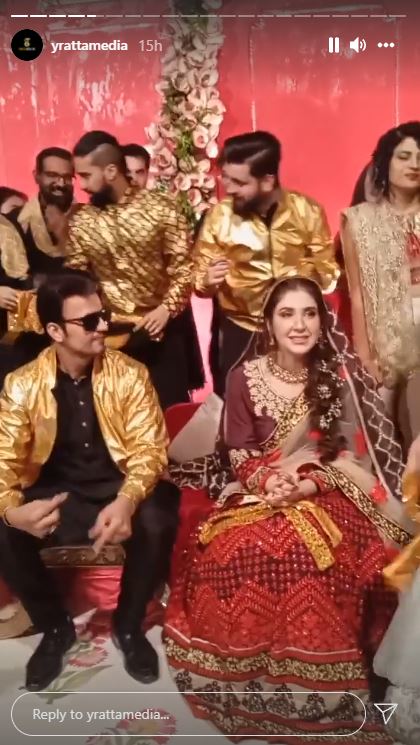 Usman is seen wearing black sunglasses while sitting near his purple-clad bride Zunaira Inam in another shot that has gone popular on social media.

Usman’s Nikkah with Zunaira was announced earlier this year. The pair is currently in the midst of their wedding celebrations with family and friends.

To support the Pakistani film industry, the president of Pakistan Arif Alvi...

Sania Mirza is in Pakistan with her husband, renowned cricketer Shoaib Malik,...

Kanwar Arsalan and Fatima Effendi, Pakistani actor and actress who tied the...

The gorgeous actress’ recent photo-shoot in ivory sequin saree by the Pakistani...

BRUSSELS: Eurozone inflation surged to its highest rate on record in November, fuelled...

KARACHI: Pakistan Rangers Sindh on Tuesday, in a joint intelligence-based operation, with...

SARGODHA: A 13-year-old boy passed away on Tuesday after being allegedly assaulted...