After pulling crowds in Dubai, Atif Aslam lands in Paris

After pulling crowds in Dubai, Atif Aslam lands in Paris

After pulling massive crowds at the Pakistan Pavilion during the Dubai Expo 2020, star singer Atif Aslam touches Paris for a musical night and takes fans along with him on the trip via Instagram.

The Rafta Rafta singer shares some car jamming moments from the streets of Paris. In the video, Atif can be seen roaming on the roads while the fans grabbed the chance to comment for their favourite singer.

Not only this, but Aslam also unveils other pictures from his recent trip to the ‘city of love’. He captioned one of the pictures, “you made me fall in love again Paris”. 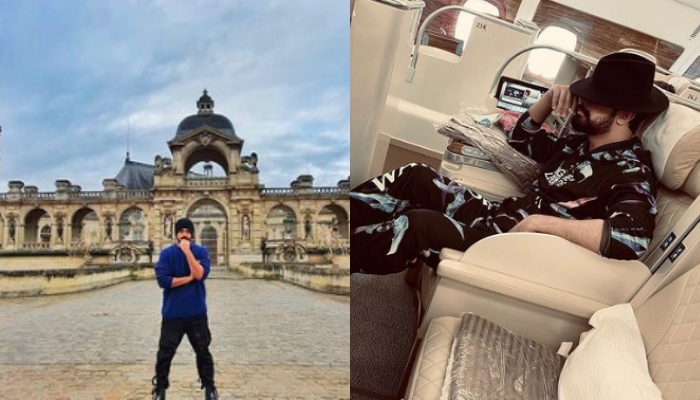 Earlier, the Tajdar-e-Haram singer was in Dubai to perform at Pakistan Pavilion and left his fans in amazement when he performed on his major hits.

Known for his pleasantly unique voice and hit compositions, Aslam stepped into the industry as the lead vocalist in Jal band in 2003. His debut song Aadat took the media by storm and left the music enthusiasts amazed.

What does Mawra Hocane disclose when she completed 10 years in the industry?

The young, stylish and gorgeous Mawra Hocane celebrated a decade in the...

Which is the most-watched film in Netflix’s history?

Red Notice is the all-time viewers’ most-watched movie declared by the streaming...

Bollywood superstar Priyanka and Nick Jonas celebrated three years of being together....

Ben Affleck expresses his 'thanks' for life's challenges

American actor Ben Affleck recently spoke out about his personal journey to...

AIDS: Years of research but still no vaccine

WASHINGTON: The threat of a US federal government shutdown loomed larger on Wednesday...