Ever since the news made its way to social media that the actor Humayun Saeed has been handpicked for The Crown’s upcoming season to essay the role of Dr Hasnat, celebrities have been extending their warm wishes for the star except for Sakina Samo.

Sakina Samo in her Instagram post questioned the selection of Humayun Saeed and nominated Fawad Khan as a better choice for the role.

Read more: Sakina Samo ‘not happy’ with Netflix for casting Humayun Saeed in ‘The Crown’

The criticism by the actress wasn’t well-received by Ahmed Ali Butt and Anoushey Ashraf who took to their social media handles and poured their hearts out.

Comedian Ahmed Ali Butt penned down a question for Sakina, “Why can’t we be happy for someone…. Why can’t we appreciate someone’s success and cheer for them” 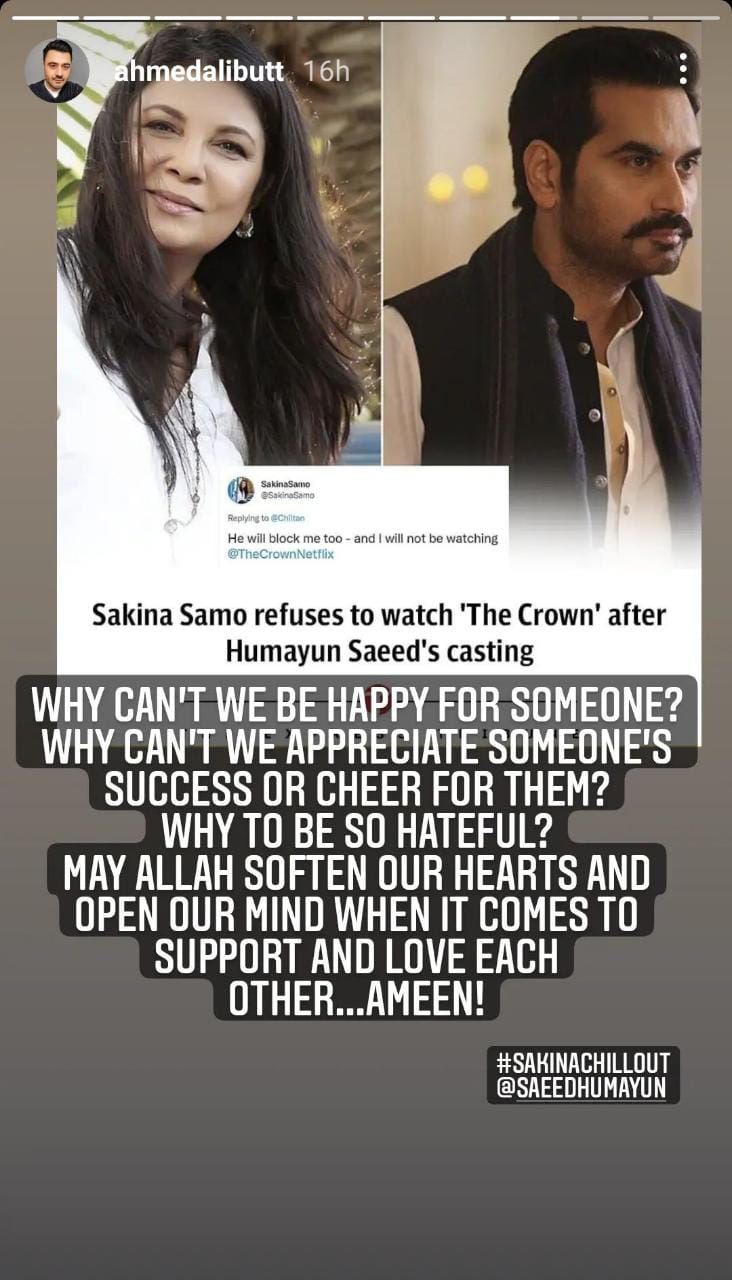 Ali called out the society and the critics for humiliating Humayun.

He was soon joined by the VJ Anoushey who stood in support of Saeed. 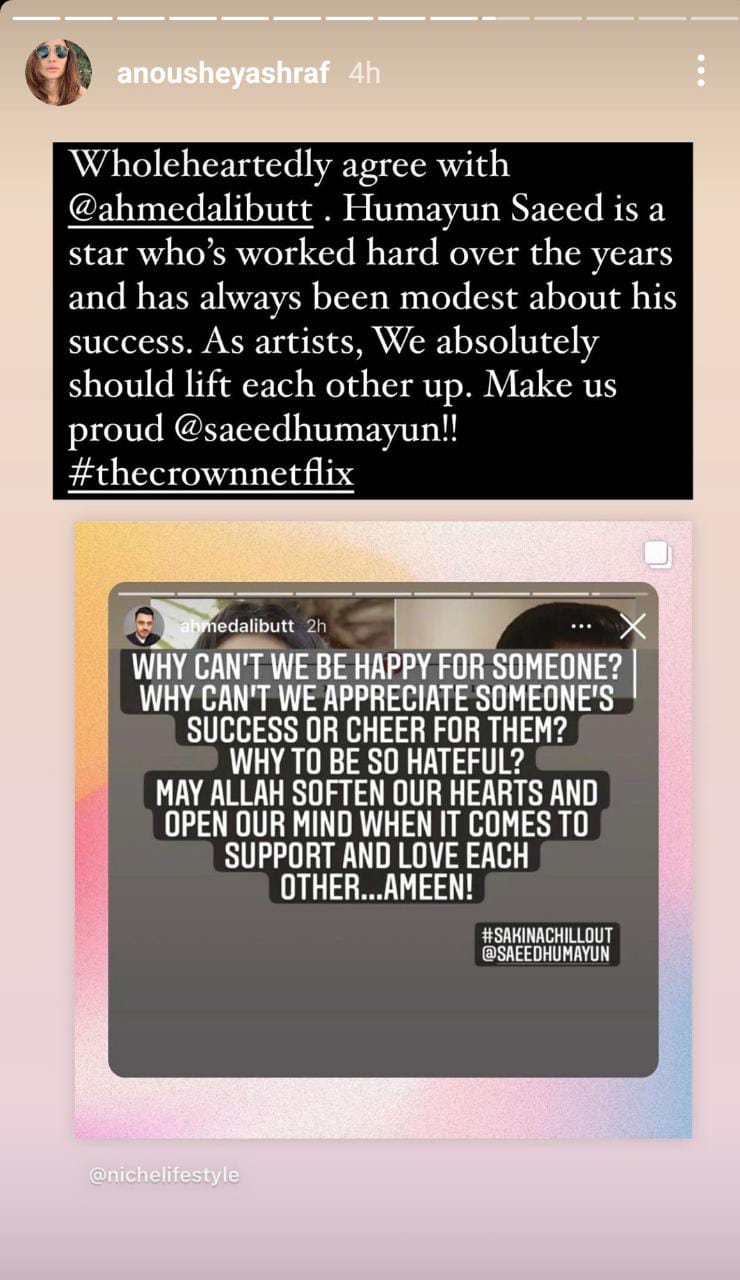 She advised her co-stars that being artists they all should lift each other up.

Read more: Mahira Khan ‘so proud’ of Humayun Saeed after he grabs the role in Netflix series

The Bin Tere star has been the best ingredient for memes ever since his selection news broke out on media which was also given spark by actress Sakina Samo’s recent post.

Ajay Devgn, a Bollywood actor, is getting up to play a cop...

Bollywood superstar Deepika Padukone turned heads with a chic appearance at the...

'Bacha Log Game Show' gets popular in kids before its launch

Raveena Tandon was a well-known Bollywood actress in the 1990s. The star...

Singing sensation Atif Aslam has the internet swooning not just with his...

Man, son among four gunned down in Quetta

Four persons including father and son were killed and two others injured by...