The Manchester United forward Cristiano Ronaldo, who is expecting twins, travelled to Madrid on a £20 million private plane to spend some quality time with his girlfriend Georgina Rodriguez.

The 36-year-old player and Spanish model had a romantic dinner night at a premium hotel in Madrid.

However, Georgina Rodriguez chose to wear a white top and black leggings and finished off her look with a brown fur coat, while Ronaldo cut a casual figure in a grey and black jumper, pairing it with the matching trousers. 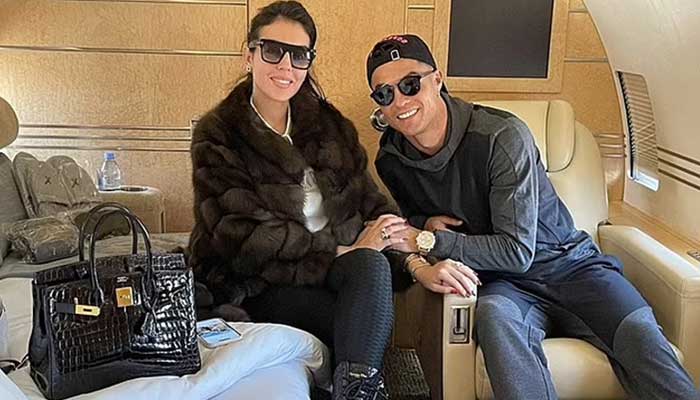 Following speculations that Cristiano Ronaldo’s dream return to Old Trafford is in jeopardy, Rodriguez has stated that she is extremely happy in Manchester.

The former Real Madrid and Juventus striker is claimed to be upset and unhappy with Manchester United’s board of directors as a result of “their inconsistent sports decisions”.

Ronaldo’s partner, however, claimed they were “extremely happy” for their new life in Manchester and had “no complaints” after it was revealed earlier that the superstar had conducted crisis discussions with his agent, Jorge Mendes, over his future at the club.

The 27-year-old model, who plays mum to all four of his children although only four-year-old Alana Martina is hers, said last month she loved living in England after announcing her expected twins would be a boy and girl.

Robert Pattinson is already in talks about his future film with director...

Urfi Javed, the internet sensation, understands how to impress the fashion police...

PSL 7: Because of Romario Shepherd's international commitments, the Karachi Kings have...

Aiman Khan or Sajal Aly, who looks best in a pink outfit?

LAHORE: As a debate around a presidential system for Pakistan takes hold,...